#5 Diamond Star has coped particularly well with a long arduous season and lines up for his fifteen start this campaign. It took time for him to mature but he is now in excellent form, rock hard fit, drawn well and most importantly remains in the easiest grade. Despite the drop back from 1800m to 1600m and a 6lbs increase in weight he’s difficult to oppose and shall take plenty of beating.
#8 Humble Steed is at the other end of the spectrum as he lines up for just start three in an almost completed season. He bounced back to his best rather quickly after a long break and despite being big odds it was not a complete surprise. A return since to the Conghua training complex in China has kept him mentally fresh and he has trialled quietly in preparation. He is drawn to box seat in running and must be considered a genuine winning prospect.
#1 Run The Table won earlier in the season over this course and distance but has generally struggled in the higher grade. The return to Class 5 is exactly what he is needing and despite the awkward barrier he can be seriously considered. His recent form, as already suggested, reads poor but he can turn it around against easier opposition.
#4 Manna From Heaven has drawn the plum alley in gate one and therefore will not do any work in the run.
Both his recorded wins have been over the Happy Valley mile with the former achieved in the higher grade of Class 4. His form this season is patchy but Alexis Badel remaining in the saddle is noted positive following a challenging and interrupted race last time out.
#10 Smiling Face has gone close on numerous occasions this season and is a runner to genuinely consider. The pace expected here suits his get back and run on style which brings him in to calculations. The fact he remains a maiden after twenty nine starts does not create confidence but if the race fall his way he can win.

#8 Sky Forever has found himself in an extremely strong Class 3 contest but is ready to race and win. The former Australian galloper has run some excellent races in defeat this season, when drawn well, and that is the case tonight. A strong tempo appears on the cards and I have mapped him trailing the speed. If he reels off another 22.55 last 400m sectional, as he did recently, then he will go very close to winning.
#12 Lyrical Motion is another lightly raced newbie to Hong Kong who has producing some classy and enviable splits. Karis Teetan sticks for a third time, which reads well, considering he had other winning options in the event. He is still feeling his way through the tight turns of the valley track so it is no surprise to see cheek pieces applied.
#4 Nicconi County was rattled at Sha Tin after receiving interference upon jumping. He never got comfortable thereafter and is worthy of forgiveness. He is up against the older horse once again but there is plenty of talent to work with and a return to Happy Valley is the plus. We will find out how good he might be tonight because this is a high quality Class 3 race.
#5 Smart Idea has had an outstanding season for a 3yo and is afforded another great opportunity from barrier 5.
He is only winning by small margins when the bar has risen, but importantly, he is winning. With only one extra pound to carry following his victory over the same course and distance, with the same draw and jockey he is extremely hard to dismiss.
#1 Atullibegeal is improving with every run so with Zac Purton aboard and the inside draw to jump from he is going to be around the mark. He will likely receive the pace to run at with a good spreed of speed across the draw but room to move might be a concern with settling back. 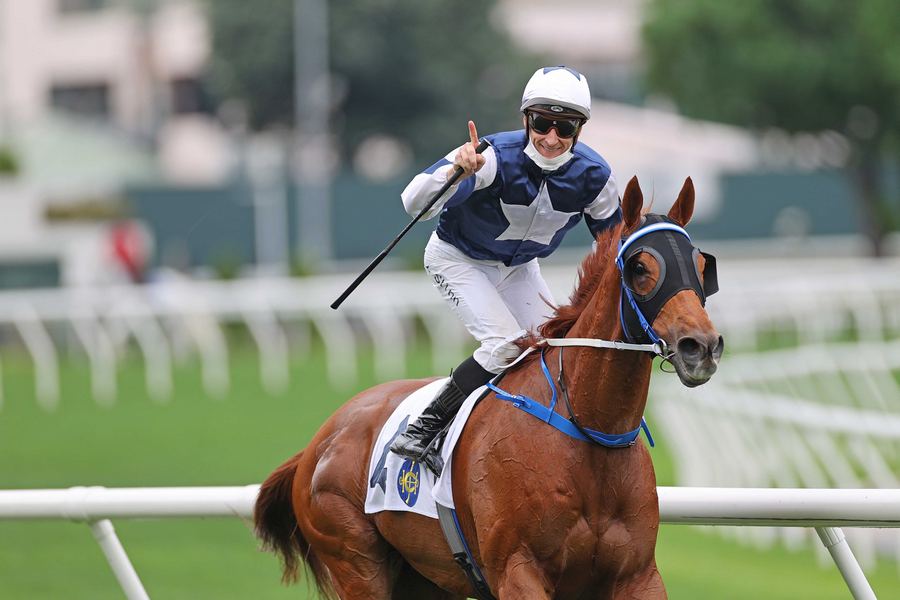