It is the final card of the 2020/2021 Hong Kong Racing season with meeting 88 this year to be conducted under lights of the Happy Valley Racecourse.

It has been a whooping 10 months for the Hong Kong Jockey Club with turnover again reaching incredible levels and the HKD1.8 billion wagered last Sunday highlights the healthy status Hong Kong Racing maintains, even through this pandemic that is Covid 19.

Joao Moriera has again earned the Champion Jockey Award with a fourth career title and in-excess of 150 winners during the season. He accumulated over HKD215 million in stake money for various connections and made plenty for himself along the way.

Trainer Casper Fownes brings up his fourth Champion Trainer Title after winning a stirring battle to the wire against John Size over the final 10 meetings.

Golden Sixty completed another phenomenal season by again winning seven races, from as many starts, and stretching his undefeated run to now 14. This year, in contract to last, he produced wins at the highest level winning four Group 1 contests and the branding of Hong Kong Horse of The Year.

Vincent Ho is eying off victory in the Tony Cruz Award, presented to the Champion Local Rider, but must fend off the challenge tonight from former South Australian Apprentice and rising superstar Jerry Chau, who trails by two.

So with nine races to be decided and excitement ahead we hang on to the form guide in hope of finding one last juicy result before the season end.

With the new 2021/2022 season seven weeks away be ready to commence in early September.

#7 Son Of Makfi put it all together when winning here last start and stepping up to the mile was the key. David Hall has been nurturing this fellow through 1400m races at Sha Tin for most of the season with the break through coming over The Valley mile. With Alexis Badel commencing his holidays early, due to suspension, Chad Schofield takes the reigns with the pair drawing perfectly. This race is the same grade/distance as last outing where he won with plenty in hand. With that being said he will take all the beating.
#5 Land Power was transferred to the Casper Fownes stable in February and thereafter produced a win. The form following, on different surfaces and varying distances, has been patchy with his latest outing a complete forgive. He has a liking for The Valley and jockey aboard so I expect he will provide strong resistance.
#10 On Excel Star has been troubled by injury throughout his short career but reminded us recently that he can perform at this level when he is feeling well. The awkward draw shall see him worked to cross but I expect him to stick on solidly nevertheless. Now he is feeling well and the blinkers go on he can run a big race from the front.
#3 Super Fast bolted in on the dirt last start and has previously displayed he is best on that surface. He stays in the grade and connections are utilising the claim which puts him well in at the weights. It is clear he is less effective when racing on turf but still worthy of respect and should be kept safe.
#11 Red Impact is a horse to follow next season as he currently lacks strength and experience. Vincent Ho climbs back aboard as he has done plenty of the ground work and he can genuinely considered. A good draw plus a foreseeable soft run create opportunities so he can be included in exotics.

#7 All In Mind can hopefully send us to the off-season on a winning note. In a highly competitive betting race he will be an each way price that will need his share of luck. However, jockey Neil Callan shall also be desperate to bow out as a winner as this shall be his final Hong Kong ride. The form around him with out winning at Sha Tin is superb and a transfer to The Valley might be just what he needs. He is a noted closer with the pace looking hot so he can bring himself into the finish and potentially over the top.
#6 Loving A Boom is another noted back marker that you would not begrudge a win. He also has not won this season but has finished top four on eight occasions from ten starts. He will also want pace up front to allow himself and others to have a final say.
#5 Igniting is a big free running creature that likes to burn along at high speed. He is drawn to either lead or sit out side Super Winner in the battle for early supremacy and his form reads sound. Vincent Ho returns to the saddle for his final attempt at a High Achievement Bonus and if the track is favouring those on speed, he is the one to be on.
#9 Super Winner is also about speed and pace and he has never raced better. Four wins this season and two minors from eight outings highlight how well he is going but the change of track and trip are a definite queries. He will make his presence felt from the favourable draw and with Moriera aboard you would be brave to leave them out.
#3 Mr Croissant has been out of form most of the season but improving signs have been witnessed the last six weeks. He enjoyed a four month break mid-season at Conghua and returns a rejuvenated horse. He lacks experience at Happy Valley however he is good enough to win if he copes. 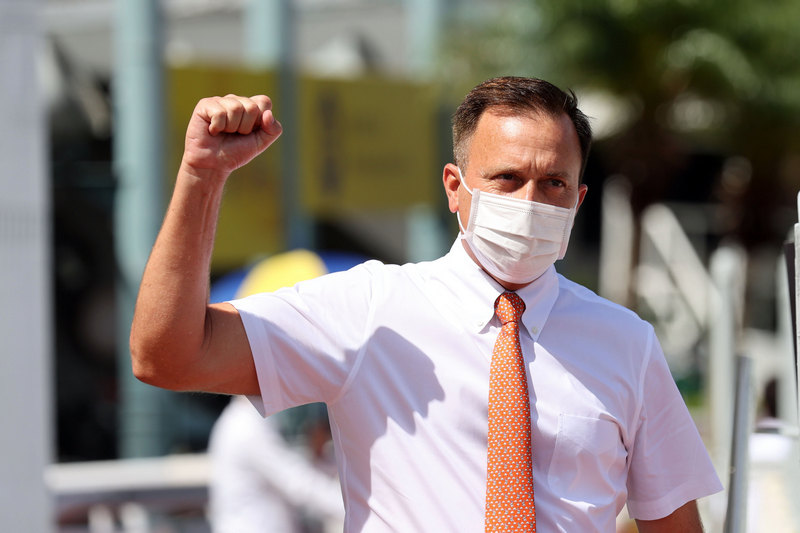