The Banker - always on the money

Sky Racing’s, THE BANKER, has you covered with and in-depth look at all the weekend racing action, market moves and tips.

WHAT was looking as a run-of-the-mill meeting at ‘The Valley’ on Saturday, has been made a little tastier with two stakes races that were reprogrammed from an abandoned meeting at the track back in August.

Heavy rain washed out the spring lead-up meeting on August 22 after five races which saw the Listed Carlyon Stakes (1000m) and the Listed McKenzie Stakes (1200m) for three-year-old’s postponed. The Moonee Valley Racing Club worked with Racing Victoria to find a new home for the races which take centre stage on Saturday.

This meeting, positioned between the Ballarat and Pakenham Cups, has in the past lacked fire power however there is some extra interest with the black type up for grabs for late spring gallopers.

There are stakes races all around the country, with the highlight being the G1 Winterbottom Stakes (1200m) at Ascot in Perth as well as the Listed Tattersall’s Cup (2100m).

At Rosehill the G3 Festival Stakes (1500m) is the feature along with two Listed races.

Morphettville hosts the Listed City Of Marion Stakes (1200m) in Adelaide while in Brisbane the Listed Recognition Stakes (1350m) will be run at Doomben.

It promises to be a great day’s racing and hopefully a boost for punters after the hammering we encountered around the country last week.

Check out all the latest TAB markets here.

VITO CAN LIGHT UP THE VALLEY

THE McKenzie Stakes has come at the right time for NICOLINO VITO to earn some black type for his connections, who are also breeders.

The Lindsay Park-trained three-year-old is unbeaten in two runs this campaign and importantly is a winner over Saturday’s course and distance. While facing a rise in class, it is not an overly strong event and early support has come for Nicolino Vito to take salute.

The other feature on Saturday’s program is the Carlyon Stakes and the Godolphin galloper CORUSCATE may have the class edge. He is the highest-rated runner in the handicap and is not badly treated under the weight conditions. Coruscate was successful a couple of times earlier in the spring and his last start at Sandown over this trip was impressive. Early support in TAB betting indicates he is expected to give a bold sight.

The Chris Waller-trained RE EDIT has been supported from $7 to $4.80 in early betting in the Tuna’s Quality Half Century Handicap and should be followed. She ran well first-up at Flemington during the carnival and will strip fitter for this assignment. 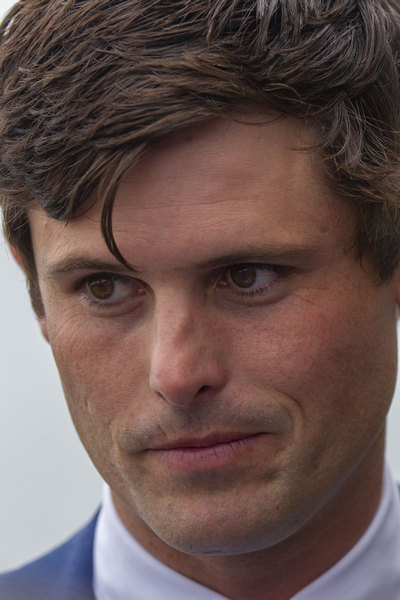 JAMES Cummings could be in for a good day with plenty of runners in the bigger races around the nation on Saturday.

The Godolphin trainer will be relying on PHAISTOS in the Festival Stakes at Rosehill who has been supported in early betting. Phaistos has filled a placing at his past two starts before returning to NSW and from barrier two for Brenton Avdulla is worth more than a passing interest.

In Perth, TREKKING is favoured to claim another G1 win in the Winterbottom Stakes. Trekking finished a last-start second to HEY DOC, last year’s Winterbottom winner, in the Manikato Stakes at ‘The Valley’. Trekking has been in Perth for a number of weeks, has acclimatised well and since the barrier draw on Tuesday has been supported from $2.30 to $2.20. He looks the one to beat.

Don’t miss a minute of the LIVE racing action this weekend on Sky Racing Active and Sky Racing.

THE form may not read all that well for SOXAGON who was well beaten in a Listed race at Doomben last start, but the early market moves suggest the Mark Currie-trained galloper can turn that around.

Since TAB markets opened, Soxagon has had his price halved ($13 to $7). He has drawn a nice alley and has in form rider Robbie Fradd in the saddle.

JACK OF ALL RAIDS IN EARLY BETTING

Market movements suggest ONE MORE JACK can continue his rise through the grades by claiming the City Of Marion Stakes at Morphettville on Saturday. One More Jack scored six wins on the trot during a summer-autumn campaign and has added to that tally with a win at this track last month.

He ventured to Flemington during Cup week and was not disgraced in a performance down the straight behind EXHILARATES. A firmer from $5 to $4.20 suggests a good run is expected.