In association with the Longines World Racing Awards, the International Federation of Horseracing Authorities (IFHA) has published its annual list of Top 100 Group 1 and Grade 1 races.

The ranked list is compiled using the annual race ratings, which are calculated based on the first four finishers in each race. Longines and the IFHA use this list to determine the winner of the annual Longines World's Best Horse Race Award.

For the fifth time, the Qatar Prix de l’Arc de Triomphe (G1) at ParisLongchamp in France has been honoured as the highest rated race in the world. In 2021, it achieved a rating of 124.75 after Group 1 winners Torquator Tasso (GER), Tarnawa (IRE), Hurricane Lane (IRE), and Adayar (IRE) were the first four across the finish line.

The highest rated race for fillies/mares is the Maker’s Mark Breeders’ Cup Filly & Mare Turf (117.50), while the highest rated 3-year-old race is the Kentucky Derby Presented by Woodford Reserve (122.50).

In the context of their partnership, Longines and the IFHA have created a set of prizes rewarding racehorses, jockeys and prominent women and men of the equestrian world. The Longines World's Best Horse Race was created to complete this collection of awards by rewarding the top race in the world. The Prix de l'Arc de Triomphe previously won the title in 2019, 2018, 2017, and was the inaugural winner in 2015, while the Breeders’ Cup Classic won in 2016 and the Juddmonte International Stakes won in 2020.

The Top 100 Group 1 and Grade 1 races also serve as the base of an annual competition to recognize top jockeys throughout the world. The jockey who outperforms his or her peers in these races is honoured with the Longines World's Best Jockey Award. Ryan Moore was the 2021 Longines World’s Best Jockey, and he previously was honoured as the inaugural winner in 2014 and also won in 2016. Frankie Dettori has taken the competition the most, winning in 2020, 2019, 2018 and 2015, while Hugh Bowman won the title in 2017.

The 2022 Longines World's Best Jockey Award will be based upon performances in these 100 highest-rated Group 1 and Grade 1 races from 1 December 2021 until 30 November 2022. Jockeys accrue 12 points for a win, 6 points for placing second, and 4 points for placing third. 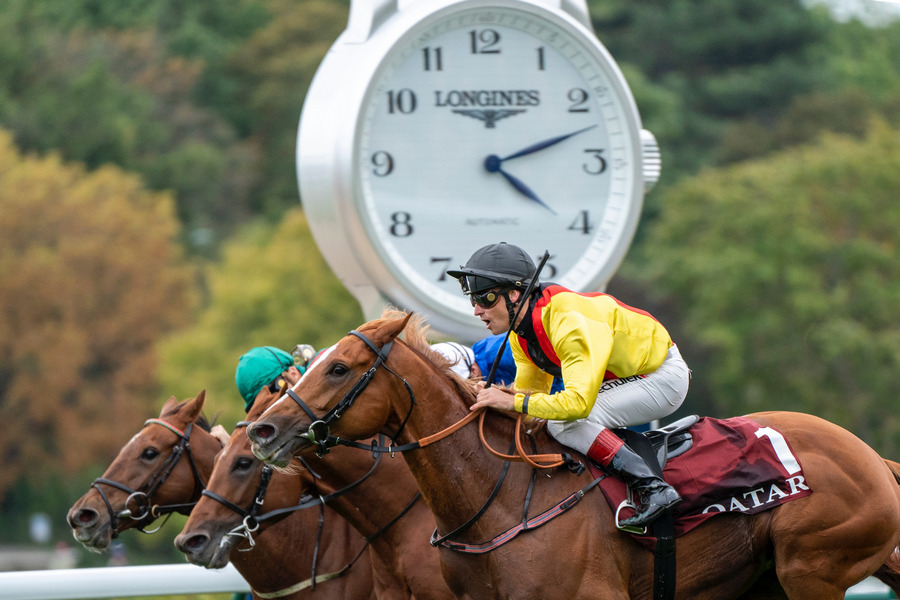