Thanks Forever fought his way to a deserved victory in the G3 Sha Tin Vase Handicap (1200m) at Sha Tin on Sunday to initiate a big-race brace on an afternoon of plenty and pain for Zac Purton.

The champion jockey had his head banged against the starting gate before race seven and then hit the deck when Regency Bo Bo stumbled after the start of the 10th contest. He was unruffled.

“The (Hong Kong Jockey) Club was worried, I wasn’t,” he said.

The Australian also collected a four-win bounty to match his great rival Joao Moreira in their battle for the jockey’s premiership. And, if Exultant’s success in the G1 Standard Chartered Champions & Chater Cup (2400m) was Purton’s satisfying main course, Thanks Forever’s (127lb) triumph – the gelding’s overdue first in Group company – was the tastiest of hors d’oeuvres.

“He deserved it, he’s been racing well this season,” Purton said after the four-year-old had clocked 1m 08.96s in battling past the front-running Hot King Prawn (133lb) and Big Party (119lb) by a neck and a short-head.

“It was a race he really had to win from that gate (two) with that weight. The speed early was really slow and then they made it a good sprint home, so he had to chase hard and he did it well.” 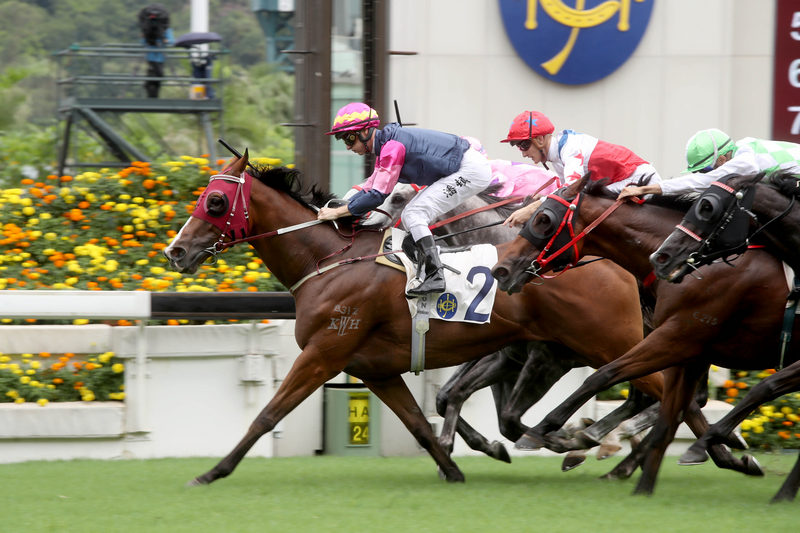 Thanks Forever earned his fifth win at his 16th start off the back of high-class efforts this term, notably top-three placings in the G1 Centenary Sprint Cup (1200m) and last month’s G1 Chairman’s Sprint Prize (1200m).

“He really has deserved that,” Moore said. “He’s been a model of consistency without winning one of the black type races.

“Purton got off the fence quickly, he got himself into one out, one back, and he was very aware – even before the race – that he’d have to pay attention to the pace set by Moreira on Hot King Prawn. We knew if we gave him too much start we wouldn’t pick him up.

“He was able to pick him up and he was strong through line. At the 300 (metres) I wasn’t so sure but when Zac got into him and he got him into gear I thought he was strong.”

Thanks Forever isn’t quite done for the season either: Moore will aim the Duporth gelding at next month’s G3 Premier Cup (1400m).

Moore was also on the mark with the Purton-partnered Like That and the trainer’s double score took his tally for the term to 47 wins, 10 behind premiership leader Ricky Yiu.

Like That built on the promise of his last start win down the 1000m straight with a comfortable success in the opener, the Pakistan Star Plate (1200m) for Griffins. The juvenile will next take his chance in open handicap grade.

“He’s not beaten too much, in my opinion, they’re probably Class 4 and Class 5 horses,” Moore said. “But he’s showing a bit of talent, he’s doing what he has to do and each run has been better – we’ll put him into a Class 3 1200-metre race next time and see if he can cope with the rise but he’ll have his work cut out for him in Class 3.

“I’ll keep him at 1200 metres because he’s still not the finished product. Physically, he looks quite forward for a two-year-old but his heart and lungs need development so he’s a work in progress.” 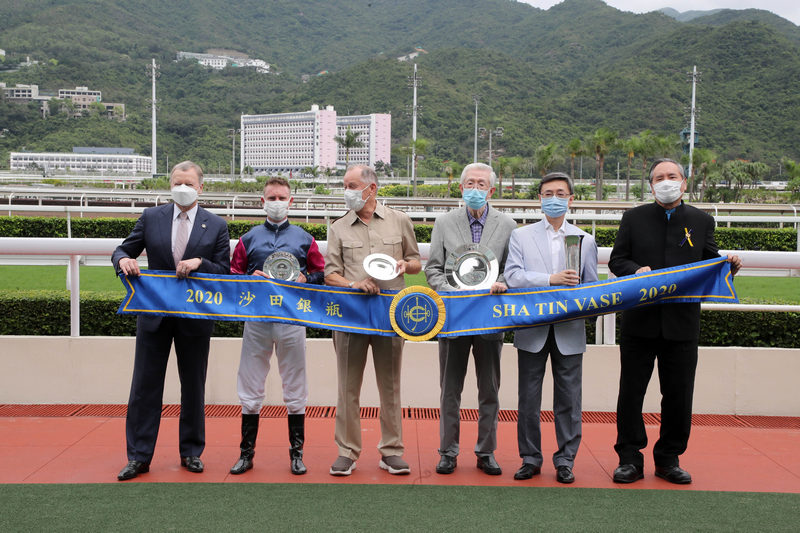