Teetan’s rolling towards a personal best

Karis Teetan goes into Sunday’s Sha Tin meeting well astern of Zac Purton and Joao Moreira in the title race but the in-from rider has a solid grip on third place with 76 wins, a tally that puts him within striking range of his personal best of 84.

The Mauritian has gained notable triumphs this season in the LONGINES International Jockeys’ Championship at Happy Valley and the G1 Chairman’s Sprint Prize (1200m) on Mr Stunning, and his rides have already amassed HK$117.7 million, well up on last season’s HK$110.6 million.

“It’s been a fantastic season but I don’t think about my personal best a lot, I just put my head down and try to ride as many winners as I can,” he said.

“I never set a goal but things are going pretty well at the moment, I’m getting nice rides and nice support, so if it can keep rolling, why not? It would be a good achievement and you always have to be confident about these things.”

Teetan has snared 13 wins since the start of May and has been in a particularly good run of form lately with a treble and a pair of doubles from his last three race meetings.

Part of the rider’s success is his association with Tony Cruz, who has ramped up his quest for the champion trainer title, having moved to within five wins of long-time leader Ricky Yiu.

“Tony is coming with a late run and his horses are going very well at the moment, it’s going to be a tough fight to the finish. Ricky Yiu has done a great job this season, as has Francis Lui, and it’s not going to be easy,” Teetan said.

Cruz has provided the rider with 19 wins this term and five of his latest 13.

“Tony and I had a fantastic season last season and he’s continued to be very good to me,” Teetan said. “He’s given me a lot of support and it’s really helped, it’s built my confidence up and other trainers have backed me and given me nice chances too. Tony has been my biggest supporter so I just hope it keeps going.”

Teetan has two rides for Cruz this weekend, Mr Aldan and California Archer, who goes in the Class 3 Fu Tau Handicap (1000m). The rider was aboard the six-year-old for third place at the course and distance last time.

“It was a very positive run,” he said of California Archer. “We were on the inside of the track and I felt that the horse was getting away from me but he went pretty good actually. He’s definitely finding his form at the moment. He does run better races down the straight so let’s hope he finds his form and goes one better.”

The Douglas Whyte-trained first starter Storm Warnings heads the field with Jerry Chau set to take off 10lb but Teetan has partnered the G3-placed Australian import in barrier trials.

“He’s a nice little horse, he’s got a lot of speed and I think he’s the type of horse that, run after run, will improve,” Teetan said. 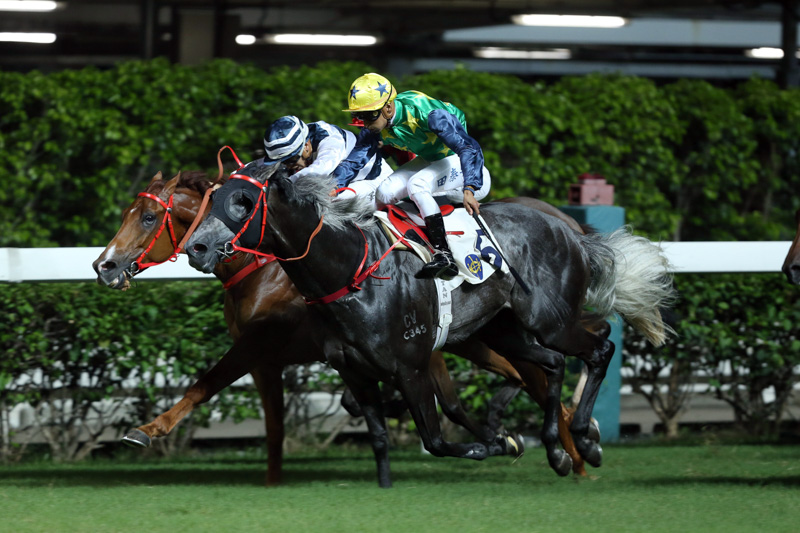