Teetan not about to rest on laurels

Fresh off banking his 500th win in Hong Kong, Karis Teetan is not about to sit back on his success so far and is hungry for more as he prepares to partner the unbeaten Romantic Warrior in Sunday’s HK$12 million Hong Kong Classic Mile (1600m).

“It’s been a good few years — I’ve just tried to pick up as many winners as I can and now I’m just looking forward to the next 500,” Teetan said. 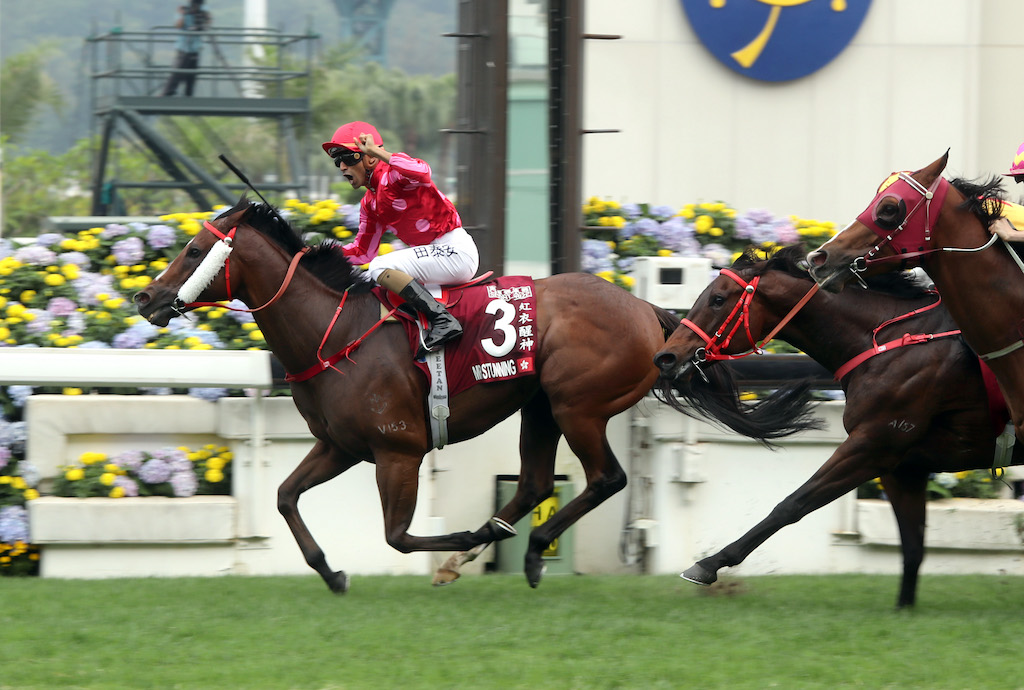 Arriving in Hong Kong for the 2013/14 season, Teetan savoured instant success with a win at his first ride and 50 through his maiden term. Since then, he’s added another 450, collected a trio of Group 1s with Mr Stunning and Panfield, all while becoming a permanent fixture among the upper echelon of the city’s riding ranks.

“It’s just about working hard and getting the right support and trying to ride as many winners as you can. Every season I have put everything in,” he said.

The Mauritian is the fifth-fastest rider in Hong Kong history to reach 500 wins behind Joao Moreira, Douglas Whyte, Zac Purton and Basil Marcus.

“It does also depend on the support you get. It plays a big role and I must say. I’ve been very good with the support I have been getting, so I’m very thankful to the owners and trainers,” Teetan said.

The 31-year-old, a natural light-weight in the saddle, has thrived in Hong Kong’s tough environment and this weekend at Sha Tin he is eager to get aboard Romantic Warrior for the first time in the Hong Kong Classic Mile — leg one of the three-race Four-Year-Old Classic Series.

“I rode him on Sunday (23 January). They asked me to come and hop on him and I thought I’ll have to come in for this horse but he’s a lovely horse. It was my first time sitting on him but he’s a gentlemen. He relaxes and does his own thing,” Teetan said.

“Now with Fantastic Treasure coming out, the field has opened up a bit and mine’s a progressive horse. I’m looking forward to riding him,” Teetan said.

“I’m not sure why, but lately he’s been jumping slow. So we’ll try to make sure he gets a clean jump, and when he’s on his day and he gets his own way he can be very competitive. We’ve seen it, so we’ll see how he goes.

“I’m happy to be on him again, he’s got a big weight but let’s see,” Teetan said.

The Cityscape gelding has forged a career rolling along in front of rivals, his highlight being the gritty second he posted in the 2020 G1 Queen’s Silver Jubilee Cup (1400m) behind Beauty Generation when overhauled late by only half-a-length.

“It was a nice win from him. He was just knocking on the door and kept running a few good races, and I thought last time he had a perfect run. Everything went his way and he kicked nicely to win a nice race,” Teetan said.

Trained by Ricky Yiu, Villa Fionn (a son of Sebring) is now a four-time winner in Hong Kong from 40 starts.

“That’s a positive sign. The form is holding up as Viva Popcorn came out and won last start pretty easily. It’s not a strong race and I think if he gets his chance again, he should be strong once more,” Teetan said.

Later on the card, Teetan reunites with California Sky in the Class 3 Breezy Handicap (1200m) for trainer Tony Cruz.

“I think he’s a lovely horse. He’s got some potential. I’m hoping that first run will have brought him along a bit and if it did, then he will be very competitive,” Teetan said.

Prior to import, California Sky was a two-time winner in Australia under the care of Peter & Paul Snowden.

“He’s doing everything right. He’s got the rating in hand and he looks like a nice horse, so we’re hoping that he can do well at the Valley again,” Teetan said.