The Australian Turf Club has 190 nominations on Monday for the nine race programme at Randwick on Saturday including 18 for the feature $600,000, Group 1 WFA TAB Chipping Norton Stakes (1600m).

The Jamie Richards trained Te Akau Shark (NZ) returns to Randwick to try and go one better than his narrow second to Kolding (NZ) in the Group 1 Epsom Handicap over 1600m last October. That race followed a second to Dreamforce in the Group 2 Tramway Stakes over 1400m.

After Randwick Te Akau Shark went to The Valley and overcame barrier 14 to finish third in the Group 1 WS Cox Plate over 2040m to the Japanese Horse of the Year, Lys Gracieux (JPN).

Richards tuned the five-year-old Rip Van Winkel gelding up with an easy gallop to claim the Group 1 Breeders’ Sprint over 1400m at Te Rapa by 2 3/4L on February 8th.

Te Akau Shark will meet his old adversary Dreamforce with the John Thompson trained Fastnet Rock seven-year-old nominated after his second to Alizee in the Group 2 Apollo Stakes over 1400m at the course on February 15th.

Also nominated from the Apollo Stakes is third placegetter Happy Clapper and fourth placed Verry Elleegant (NZ) who came home well from being seventh at the 400m to close to just under 2L from the winner.

Matthew Smith has nominated Fierce Impact (JPN) after the duel Group 1 winner last spring resumed with a second to the three-year-old Alabama Express in the Group 1 CR Orr Stakes over 1400m at Caulfield on January 23rd.

Godolphin’s Avilius (GB) was fifth in that race and he returns to Sydney and the track where he won the Group 1 George Main Stakes over 1600m last September.

The stable’s Flit heads the possible field for the $500,000, Group 1 Surround Stakes (1400m) with the Medaglia d’Oro filly impressively winning her opening race of this campaign in the Group 2 Light Fingers Stakes (1200m) on the 15th. Flit led home a Godolphin trifecta with Lyre second and Kiamichi third with Anthony Cummings’ Libertini fourth. All are nominated for the Surround Stakes.

The race is critical for both to make the field for the Group 1 Golden Slipper (1200m) on March 21st with Supreme Idea currently 24th on the Slipper order of entry and Prague 20th. The winner of each race is guaranteed a place in the field.

The track is rated a Soft 5 on Monday after 12.7mm of rain over the last seven days. The rail will be in the True position for the entire circuit.

Sydney’s weather is forecast to have little to no rain for the week with temperatures reaching 33c on Wednesday before dropping to 24c and 27c for Thursday and Friday. Saturday’s forecast is for a cloudy day with 20c to 26c. 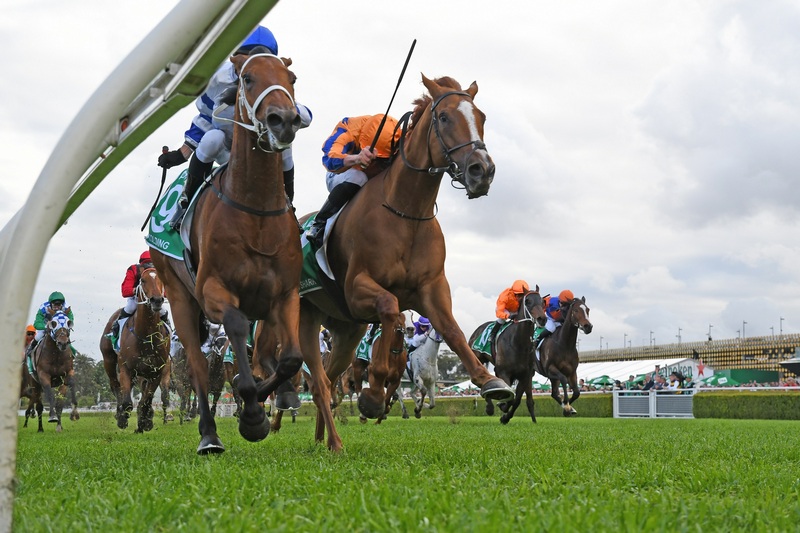