Rosehill boasts a strong nine race program with big fields early in the card offering good value before a host of short priced favourites round out the meeting.

Five Group races will be conducted at Rosehill on Saturday however our first suggested play of the meeting comes in Race 3, the Ranvet 3YO+ Benchmark 88 Handicap (1900m).

A capacity field lines up in the event where Entente has appeal at his current each way quote. The son of Dundeel featured heavily in the Stewards’ Report after a luckless fifth over 1500m at this course a fortnight ago.

Entente was held up badly from the 450m to the 250m on that occasion and once clear looked to be winding up nicely before having to be checked again at the 100m. To his credit, the four-year-old was still working to the line well enough for a 2.6 length fifth behind stablemate Discharged.

Form out of the race has already held up well with Discharged backing up at Randwick last Saturday to claim a Benchmark 88 Handicap while Kingsheir, Betcha Flying and Cisco Bay all performed meritably at Canterbury on Wednesday.

Entente now appears set to frank the form further third run from a spell and out to 1900m. A winner of the Group 3 Carbine Club (1600m) at Randwick as a three-year-old before placing in the Group 3 Frank Packer Plate (2000m) behind Kinane, the Waterhouse-Bott gelding appears poised for a return to Group racing this spring and can claim this event on the way.

The Heritage Stakes sees the return of Wild Ruler who while supported in early markets can still be backed at an each way quote.

The Snitzel colt showed an abundance of promise through his two-year-old season which included a victory in the $500,000 Inglis Nursery (1000m) at Randwick in December. It was an impressive debut victory however the form line which stands out from his two-year-old season is a 1.4 length third behind Rothfire in the Group 2 Champagne Classic (1200m) at Eagle Farm.

Rothfire lines up at Rosehill on Saturday as an odds on favourite in the Golden Rose Stakes off a strong first up win in the Run To The Rose.

Wild Ruler also looks to have returned well this spring based on a pair of strong trial showings at Randwick. James McDonald takes the ride which can be considered a strong push with the leading jockey striking at 24% in partnership with Team Snowden.

In terms of a good thing for the day, compelling cases can be made for each of the three short priced favourites late in the card (Rothfire, Haut Brion Her and Masked Crusader).

Of the three, it is Rothfire who the most watertight case can be made for.

The Rob Heathcote-trained gelding was dominant on resuming in the Run To The Rose, winning the event by 1.5 lengths despite giving his nearest rivals both weight and fitness.

The impressive three-year-old will have derived good improvement from the outing and now meets the runner up Ole Kirk, third placegetter North Pacific 1.5kg and Peltzer (4th) 2.5kg, 1.5kg and 3.5kg better at the weights respectively for beating them.

History also augers well for the son of Rothesay with four of the past six Run To The Rose winners (Hallowed Crown, Exosphere, Astern and Bivouac) each going on to win the main event a fortnight later.

After Farnan provided Rothfire with a bunny first up in the Run To The Rose, another Waterhouse-Bott colt in Yardstick maps to work over and lead the Golden Rose while towing the favourite across.

The last box which requires ticking for Rothfire is running out a strong 1400m, something he marked off convincingly when winning the JJ Atkins (1400m) at Eagle Farm during the Brisbane Winter Carnival.

Whilst admittedly an even money favourite, Rothfire in the Golden Rose shapes as a scenario where punters should not stray from the obvious. 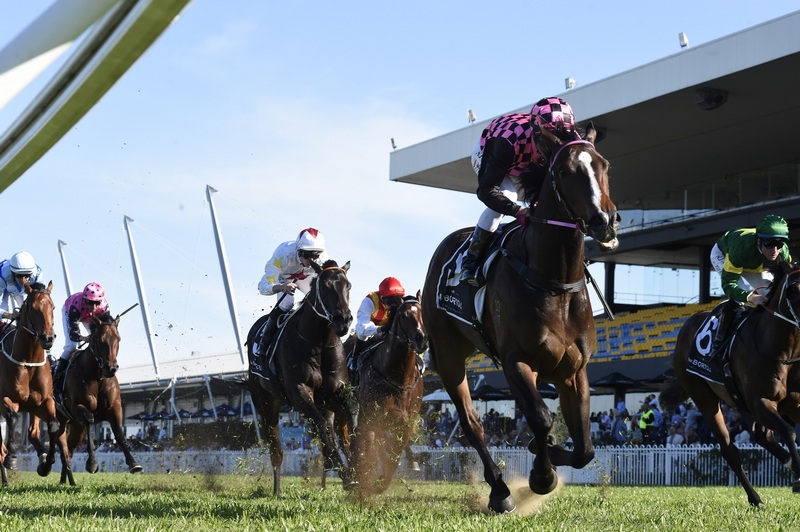