One of the hottest form lines seen through the Sydney winter to date can be again franked at Randwick on Saturday.

Winter racing in Sydney is always a happy hunting ground for progressive three-year-olds chasing BOBS Bonuses and Ljungberg heads to Randwick on Saturday looking to claim his second victory this campaign. The Ron Quinton-trained gelding was an impressive winner of a 1300m Benchmark 78 Handicap at this course a fortnight ago.

Ljungberg settled in behind the early leaders on that occasion and while he did have to wait for a run on straightening, the son of I Am Invincible impressed when space emerged, bursting along the fence a furlong from home before a two length victory ensued.

It was a deserved success for the three-year-old who commenced his campaign with solid displays in two races which have since proven to be strong form references.

River Bird, Call Me Royal and Handle The Truth are other subsequent winners Ljungberg fought out the finish against at the start of his prep. Ljungberg himself has improved with each run and should be at his peak fourth run from a spell.

The nine race Randwick program on Saturday will be the first conducted on a surface better than heavy since the Rosehill meeting on June 15.

With that in mind, a number of horses who have been thriving on wet tracks may lose their edge. The Eremein Open Handicap (2000m) shapes as a race where some key runners fit that bill.

Wu Gok relished the heavy track at this course a fortnight ago however just over a length away was White Boots who can turn the tables on him. Ultra consistent, White Boots is also highly versatile, adept on all ground.

Wu Gok has eased as the track has firmed from a Heavy 8 to Soft 6 since acceptances on Wednesday and could be closing in on a Good surface by start time.

White Boots meets Wu Gok 1.5kg better at the weights from a fortnight ago and has recorded all of his wins on firm tracks. He should enjoy a kind run in transit from barrier 1 under the guidance of form apprentice Robbie Dolan.

At each way odds, the Animal Kingdom four-year-old is well worth a look, particularly if the eight horse field holds up. 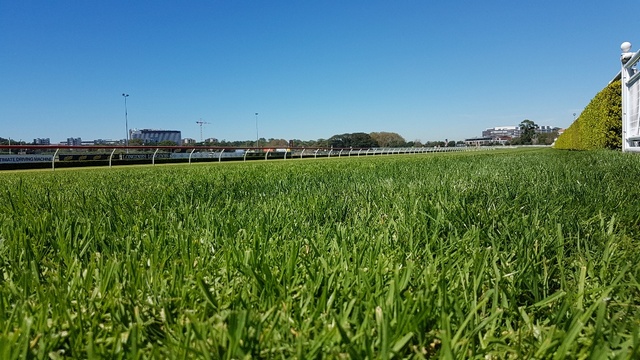 The Course Proper improving with every day into Saturday's racing, picture ThoroughbredNEWS