Sydney on the cards for Freedman Group 1 pair

The Freedman camp say they are ready move on after what can only be described as a “frustrating” weekend, according to assistant trainer Sam Freedman.

The stable had two narrow defeats in the Group 1’s at Caulfield on Saturday with Hanseatic in the Blue Diamond (1200m) and Super Seth in the Futurity Stakes (1400m).

“It was obviously incredibly frustrating and there’s been plenty of discussion about the track since with a lot of strong opinions,” Freedman said.

“Sadly, there’s nothing we can do about it, so we’ll just move on and look ahead.”

While admitting his horses had their chance to win, Freedman still believed they would’ve been better ridden more conservatively.

“Hanseatic was ridden perfectly for the day and he had his chance, there’s no doubt about that,” he said.

“I do still believe he’s better ridden colder and allowed to show his turn of foot late, but Tim (Clark) rode him exactly as we needed.

“Super Seth was the same, he had his chance, he was ridden well for how it had to be on the day, but he’s still better when he has cover and gets to have a crack at them late.”

When looking at the program, Freedman said a trip to Sydney for both is certainly on the agenda.

“Hanseatic has headed to Pinecliff already and will enjoy some time there to freshen-up,” he said.

“He’s raced every two weeks now for the last six weeks, so a month before the Group 1 Golden Slipper (1200m) could work out really nice for him.

“Super Seth has options, he could go to the All-Star Mile or we could head to the Group 1 Randwick Guineas (1600m) on March 7.”

Freedman confirmed that Just Benjamin will head to the Listed Mornington Cup (2400m) after finishing fourth on Saturday in the Keno Classic (2000m).

“In hindsight now, his run was really good and we’re happy with his performance,” he said.

“He’ll go to the Mornington Cup as a light-weight chance and with the weight swing we’ll get on a horse like Aktau, we’d be confident of turning the tables. 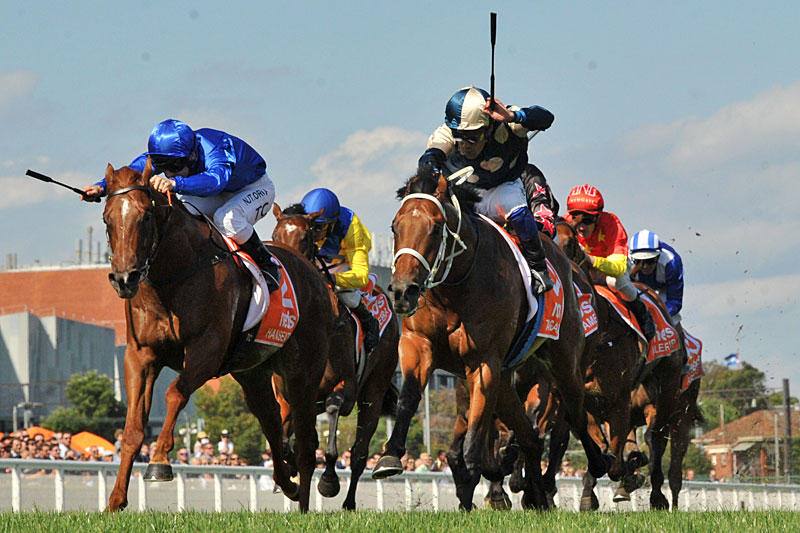