Swiss too swish in the Spirit of Boom

On-pace runners dominated the $250,000, Group 2, Spirit of Boom Classic (1200m) at Eagle Farm in Brisbane when Swiss Exile (by Pariah) held off the sustained challenge of Exo Lady (by Exosphere) for the long-term leaders to record a one-two in the feature 2-year-old race of the day in Australia.

Run on a deteriorating Soft 6 surface following heavy rain in Brisbane, the black-type contest witnessed Exo Lady get off to a flyer but hand up the lead to Swiss Exile soon after settling.

Despite setting a genuine pace which appeared to give every horse in the race an equal chance, the first two runners to turn for home remained in complete control of the contest thereafter, Swiss Exile fighting off Exo Lady all the way to the line to finish half-a-length clear on the post.

Thelwell (by Bel Esprit) and Political Debate (by So You Think) dead-heated for third, finishing two-and-a-quarter lengths adrift of Exo Lady. 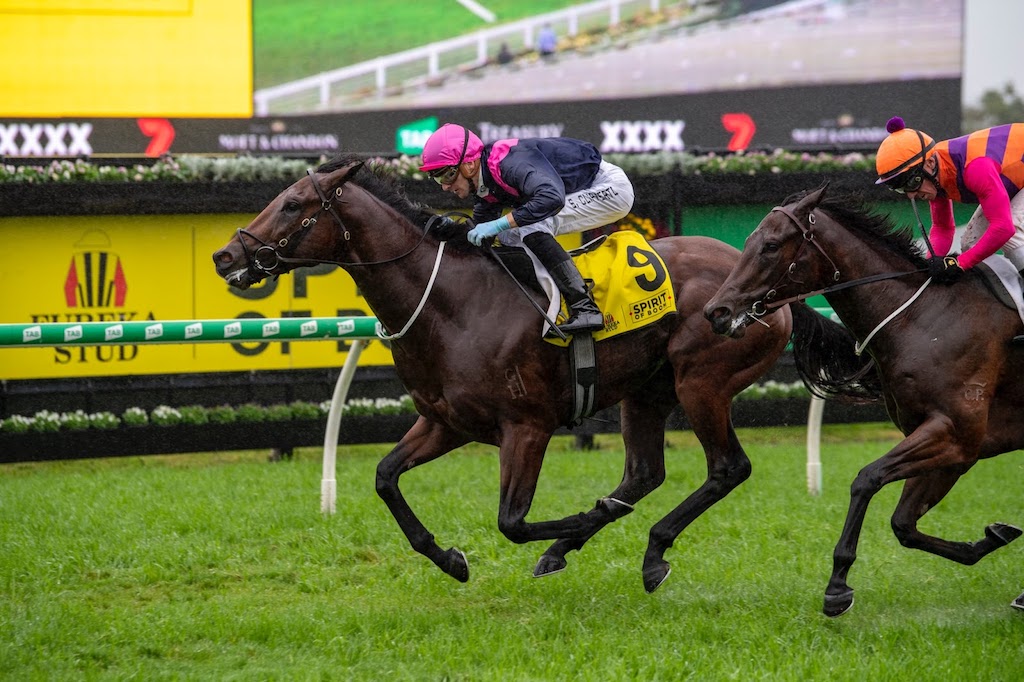 Swiss Exile was ridden to victory by Sam Clipperton who remarked after the win: “It wasn’t the plan to lead, but Annabel (Neasham) instructed me to be firm early and take up a handy position. He jumped really well and I knew I was going to lead in the first four strides, so I showed intent and made sure everyone knew it.

“I was able to find a lovely rhythm in front. The horse really enjoyed it. He had his ears pricked and I was mindful that it is a long straight here at Eagle Farm and it is a long way home. I was trying to hold him together as best I could but still holding his revs.

“I think he’ll get seven furlongs, no dramas. Maybe even a mile. He just needs to settle a bit better, but I think that was a good confidence boosting win today and now he can go on with it.”

Speaking on behalf of the successful Annabel Neasham stable, Tom Pollard stated: “I didn’t tell him (Clipperton) to be that aggressive and I didn’t expect him to lead, but he does get a bit fresh and keen in his races so I said to Sam to use the draw and be in the first five or six.

“He just jumped so well and he looked like he was pretty keen in the run and doing it under his own self, so we expected him to keep going and to keep grinding away. The finishing post couldn’t come up quick enough.”