Anthony Freedman’s three-year-old colt Super Seth is snapping at the heels of the New Zealand champion Melody Belle (NZ) in the market for the $500,000, Group 1 WFA PFD Food Services Futurity Stakes (1400m) at Caulfield on Saturday with the Jamie Richards trained mare the $2.70 favourite over Super Seth at $2.90.

A field of eight accepted on Wednesday for the Futurity Stakes and TAB have the five-year-old Commands mare on top as she returns for more Group success in Australia after her Group 1 Empire Rose Stakes win at Flemington in the spring.

One outside in barrier four is the Dundeel colt Super Seth for Mark Zahra. The colt is well acquainted with Caulfield having won the Group 1 Caulfield Guineas over 1600m there back in October. Super Seth resumed with comfortable win in the Group 3 Manfred Stakes over 1200m at the same track on February 1st.

The Waller trained Group 1 Epsom Handicap winner Kolding (NZ) is next in the market at $3.20. Glen Boss rides with barrier five.

The Godolphin Exceed And Excel colt won the Group 1 Golden Rose over 1400m at Rosehill in September and completed his spring when second to Exceedance in the Group 1 Coolmore Stud Stakes up Flemington’s straight sprint course. He won a trial over 900m at Rosehill on January 28th.

The Snowden trained Anaheed, another top three-year-old, is on the second line of the market at $5.00. The Fastnet Rock filly won the Group 2 Rubiton Stakes over 1100m at Caulfield on February 8th with 54kg under Tim Clark. She drops to 51kg under Clark on Saturday with barrier 15.

A full field of 18 accepted for the race which is the eighth on the programme at 4.50pm.

The track is rated a Soft 7 on Wednesday after 36mm of rain over the last 24 hours and 55.4mm for the last seven days. The rail will be in out 3m for the entire circuit.

Melbourne’s weather is forecast to have cloudy days on Thursday and Friday with 19c and for a partly cloudy day with 11c to 22c on Saturday. 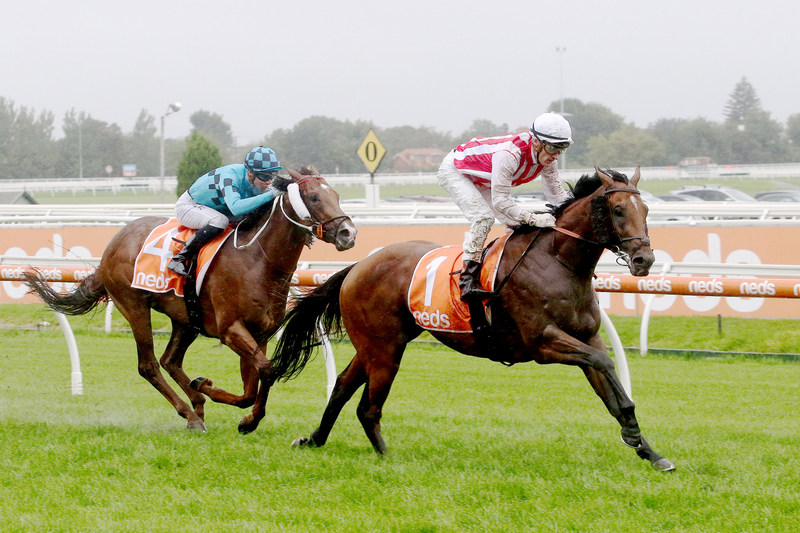