Three-time Group 1 winner Sunlight is expected to again be contending for the feature sprints in the new year after successfully undergoing surgery to remove a bone chip.

The winner of $6.55 million in stakes, Sunlight was last week found lame in her paddock with a chip off her splint bone after she was either kicked by Sisstar, her paddock-mate and sister, or hit her leg on something.

She underwent surgery this week and the stable tweeted on Friday.

McEvoy said later he was relieved the mare got through the surgery so well.

"Anything like that is a risk but she got up well and she's fine and it's gone very, very well," he said.

"The surgeons were happy and she is just starting her recovery phase now and we'll soon be back on track."

McEvoy said he was not certain where Sunlight would return to racing but said the surgery has only put her back a couple of weeks.

"I haven't revisited where we are going to go with her or what we do with her, but she'll be ready for the autumn," he added. 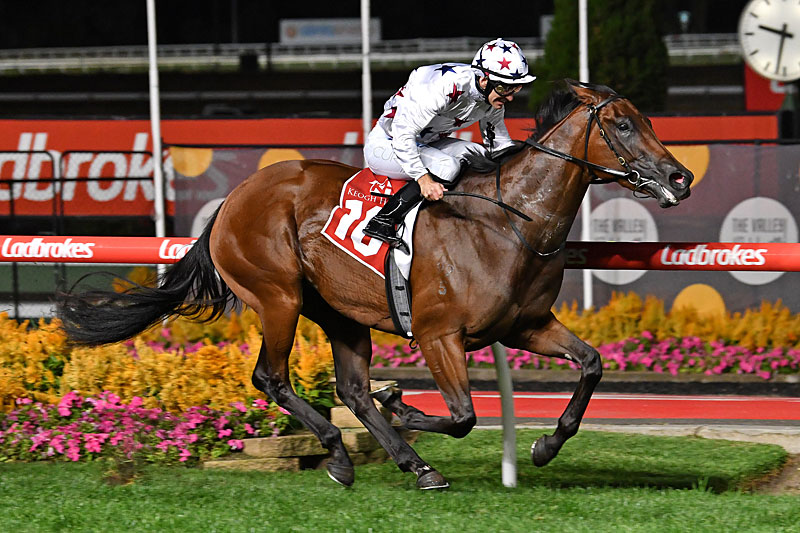 In other news he shows very few of the traits of his sizzling famous half-sister Sunlight, but expectations are still high for two-year-old colt Halogen after he jumped out in style at Flemington on Friday.

Trainer Tony McEvoy, who went to $650,000 to buy the colt out of Solar Charged at the Easter yearling sales in Sydney, said he was delighted with Halogen's second placing in an 800-metre jumpout at Headquarters.

"When we bought him, we instilled in everybody that he's not going to be another Sunlight," McEvoy explained on Friday.

"He's a completely different shape to her - he's tall and rangy - but like her, he's a beautiful horse. We've loved him all the way through.

"He's not as fast as she is as he's by Sebring. He's going to be a miler or more and he found the trial a bit sharp this morning.

"He ran second and beat the rest of them by two or three lengths. Luke (Currie) said he was great, and I am very pleased with him the way he's progressing."

McEvoy said it was possible Halogen could get to the races this preparation, but he will be happy to wait another campaign if the colt shows he needs it.

Halogen is the third racehorse to be trained by McEvoy out of the mare Solar Charged. The first two, Sunlight and Sisstar, are by Zoustar.

McEvoy purchased Sunlight for $300,000 in 2017 on the Gold Coast and then paid double that 12 months later for her sister.

Unlike his two half-sisters who race in the white with the maroon and blue stars, Halogen will race in the claret colours of his part-owners Qatar Bloodstock. Also included in the ownership of the colt are Pipeliner Bloodstock, Seymour Bloodstock and Widden Stud.

with Sunlight recuperating from her bone chip surgery and as for Sisstar, McEvoy said the Group 3 winner from the spring was in the early stages of her preparation and progressing impressively.

He said the winner of three of her seven starts was bound for G1 company.

"She's already a Group 3 winner and she'll get to the elite level," McEvoy predicted.