Top-weight Summerghand (David O'Meara/Daniel Tudhope, 22/1) put up a fine performance to claim the Unibet Stewards' Cup, the six-furlong heritage handicap on day five of the Qatar Goodwood Festival on Saturday.

The six-year-old carried 9st 10lb to success - the largest weight carried to victory in the famous contest since Hoof It defied 10st back in 2011. Today's success also meant that trainer David O'Meara has won both of the big handicaps at the Qatar Goodwood Festival, following Prompting's success in yesterday's Unibet Golden Mile. 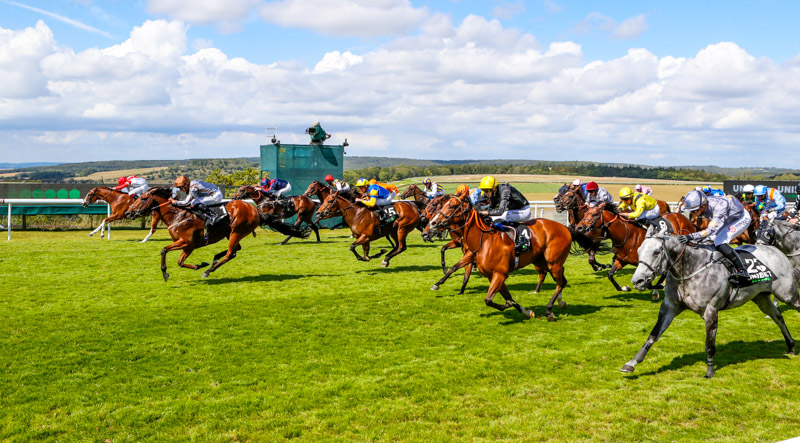 The 27 runners split into three groups, with the winner drawn in stall 17 and racing in the middle group. The six-year-old still had plenty to do a furlong out but came with a tremendous late run to get and score by a head from Kimifive (Joe Tuite/Cieren Fallon (3), 11/1).

Winning jockey Danny Tudhope said: "It is nice for Summerghand to get his head in front; he won a small-runner race at Pontefract a few weeks ago - he was entitled to win that - but it is nice to come here and win a big handicap with him. He has always looked like he could win a nice race like this, but he is a bit tricky.

"He was very unlucky at Royal Ascot [when second in the Wokingham], but it shows how good he is - to come here to another big handicap, and finally the result went his way. I was not sure I had won - I had to look across at the line - but it was a great performance. 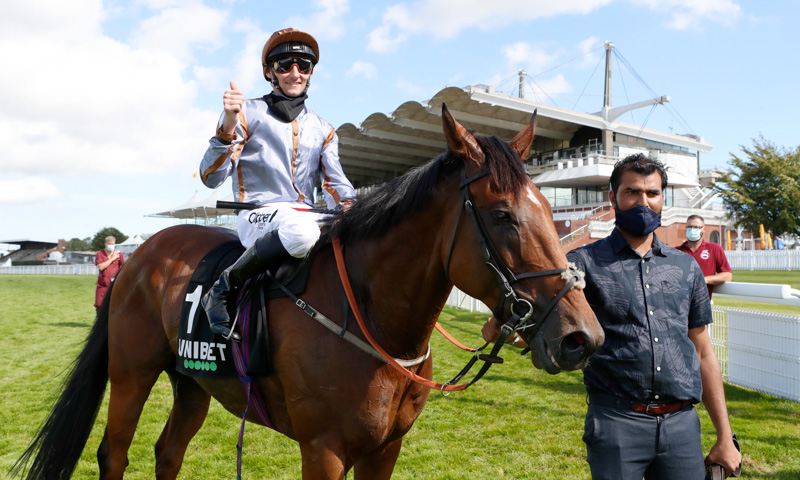 "I had a nice draw; there was lots of pace around me and, being drawn in the middle in amongst them, going into the race I was hoping to get a nice run through, and it all panned out right. I felt I had to go when I did, and the gaps came at the right time. He is usually probably one of the last horses off the bridle, and that is just him because he has that much talent, but he has got one burst of speed. I was a bit worried when I hit the front - I looked up and I was just inside the final furlong, which was probably soon enough for him to be in front, but we got there.

"He is just a little bit quirky; when he hits the front he would duck and dive a little bit, but that's the only reason he has cheekpieces on. He is a very talented horse; David [O'Meara, trainer] is very good with these sprinters and freshening them up. They don't do a lot at home - they get turned out in the paddocks most days when it's nice - and he is good at freshening these sprinters up.

"It is very hard to come here and win races like this. I have been in this race a few times and never come close, I don't think. David had a winner here yesterday, Prompting, but he only had 8st 4lb so I couldn't ride him. It was great for David and the team and it is nice to come here myself today and ride him a winner.

"These competitive heritage handicaps are ideal for Summerghand, so I am sure there will be a few more down the line."

Trainer Joe Tuite said of the runner-up Kimifive: "Kimifive has run well. We just got beat and that is the way it goes.

"It looked like he was home and hosed, but it just wasn't to be. He deserves to win one of those as he runs well all the time, but we will see.

"There is a nice prize in him, but unfortunately it wasn't today."