A total of 29 horses have entered quarantine in England and Ireland ahead of intended travel to Melbourne for the Victorian Spring Racing Carnival.

Of the horses to have entered quarantine, 16 are for seven European-based trainers while the remaining 13 are for nine Australian trainers that will do their future racing in Australia at the conclusion of the spring.

The 29 horses will complete two weeks quarantine in Europe before flying to Melbourne, arriving on October 2.

They will then undergo a further two weeks quarantine at the TAB Werribee International Horse Centre enabling them to race from October 17 onwards.

Paul Bloodworth, Racing Victoria General Manager – International & Racing Operations, said the start of pre-export quarantine was another important step in the journey for horses being targeted at the carnival.

“Like their connections, we’re hoping that everyone’s preparations continue to go smoothly over the next fortnight and that we get to see all 29 horses arrive here as planned in Melbourne on October 2,” Bloodworth said.

“It’s an incredibly talented group of horses led by Anthony Van Dyck who will be the first Epsom Derby winner to compete in Australia. There’s a terrific blend of horses that will be very familiar to Australian racing fans and punters, along with some of the emerging talent that has been in great form in Europe throughout this year.

“Prince of Arran, True Self and Magic Wand were all feature winners in Victoria during last year’s Spring Racing Carnival so we’re really pleased to see them on the way back, while Twilight Payment and Master Of Reality both contested last year’s Melbourne Cup, the latter of course being second past the post before being demoted to fourth on protest.

“The Lexus Melbourne Cup, Stella Artois Caulfield Cup and Ladbrokes Cox Plate are the primary targets for many of the horses that have entered pre-export quarantine, but not all are guaranteed starts, so you can expect to see a number of them contesting other feature races throughout the Carnival which will add great depth and generate plenty of interest.”

The list of horses that have entered quarantine is:

The list of horses that have entered quarantine for local stables is: 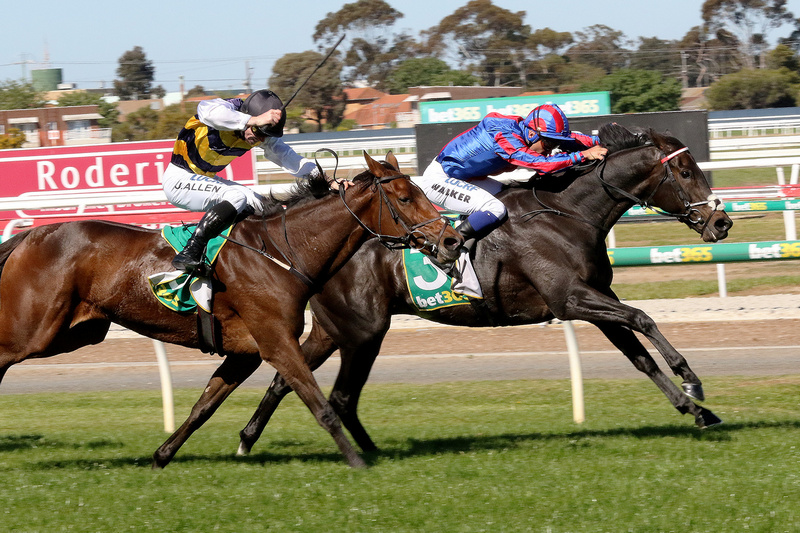 Prince Of Arran and Michael Walker (inside) winning the Geelong Cup, picture Quentinjlang.com