Stranger danger as Enthaar beaten at $1.45

The career of one-time boom filly Enthaar is again at the crossroads after she was beaten as an odds-on favourite in Wednesday’s $160,000, Listed, W.J. Adams Stakes at Caulfield.

The Ciaron Maher and David Eustace-trained three-year-old finished a conspicuous last in the four-horse 1000-metre sprint, which was won by South Australian visitor Streetcar Stranger (by Stratum).

Enthaar showed her customary early speed to share the speed with Esta La Roca (by El Roca) but threw her head around in the middle stages and was the first horse beaten in the straight.

The daughter of Written Tycoon, who started $1.45, finished 4.7 lengths behind Streetcar Stranger — the gelding Enthaar defeated at her previous start in the Doveton Stakes on November 27.

“She emptied out really fast today and I don’t know whether the heat had anything to do with that or she just is what she is, a bit inconsistent,” jockey Jye McNeil said.

Streetcar Stranger’s win was the sixth from 18 starts for the Stratum five-year-old, who was ridden to victory by Melbourne’s premier rider Jamie Kah, who said being able to find a trail was crucial.

“He probably got there too soon. I thought we were travelling pretty well and he put a space on them straight away, but he probably hit the front too soon,” Kah said of the David Jolly-trained gelding.

“A bigger field suits him because he can track something into the race. I was really happy with his effort and hopefully he can go on and win some more races.” 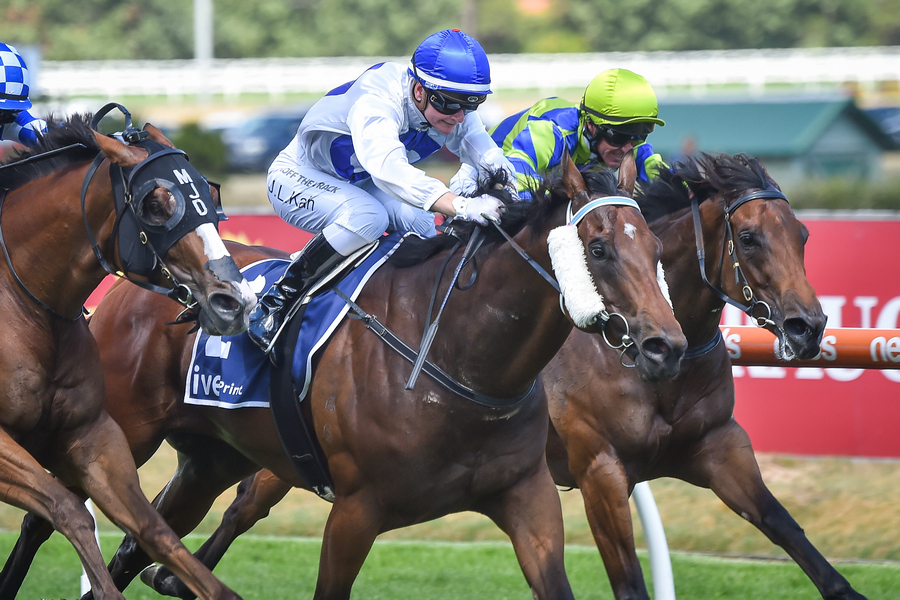