Straight Six a first for Bobbin

Starting $26 chance Ocean Beyond (NZ) in a black-type race at Flemington was meant to be a stepping stone to an out-of-town prize but for former St George Dragons NRL player and television cameraman Andrew Bobbin, the long trip from Stawell in western Victoria to Melbourne has delivered his first win at stakes level as a horse trainer. 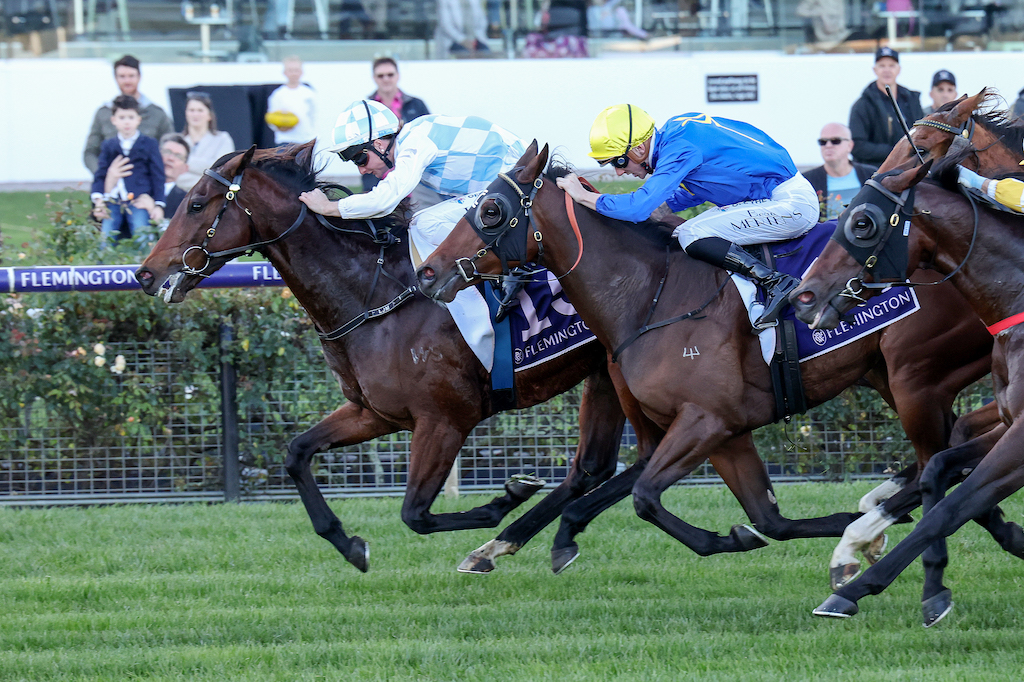 Ocean Beyond (NZ) joined Bobbin’s stable this preparation and a second placing at Caulfield on 7 May has been followed by taking out the Listed Hilton Nicholas Straight Six (1200m) at Flemington.

This event was as competitive as sprint handicaps down the ‘straight six’ can be and Ocean Beyond (NZ), with Linda Meech in the saddle, held off the driving challenge from Crestani ($61) to win by a long neck margin, with On The Lead ($61) a short-neck away in third.

“This is what I always wanted to do,” Bobbin said. “To win one here is certainly a highlight.”

Arriving at being a horse trainer via an unusual pathway, Bobbin is keen to differentiate himself in what he does.

“We’re doing things differently on the farm so we’re learning every day,” he said. “But things are going well. The two-year-old filly in the earlier race, we bought her for nothing and nearly won there, [and] we had a winner at Warracknabeal about an hour ago, so we’re heading in the right direction.”

For Ocean Beyond (NZ), a four-year-old gelding by 2012 Cox Plate (2040m) winner Ocean Park, this was a second win at Listed level having notched the McKenzie Stakes (1200m) at Moonee Valley.

Prior to race day, Bobbin had indicated that the Golden Topaz (1200m) during the Swan Hill Cup carnival in June was where Ocean Beyond (NZ) would peak.

A rougher chance in the market, Ocean Beyond’s win follows Romancer’s victory in 2021 at $101.