Racing fans will be hoping the Phillip Stokes-trained Mr Quickie can bounce back from a lacklustre last-start performance to stake a claim on Saturday's $5m, Group 1 Caulfield Cup (2400m).

Wednesday night's barrier draw went a long way to lifting the spirits of Stokes, who described the 10 alley as 'perfect'.

"I'm still prepared to forget his second-up run (in the Turnbull Stakes) and I think he is back to his A-game so if he brings that I'm sure he will be competitive," Stokes told RSN927's Racing Pulse.

"There was a lot of little things (that didn't go his way), maybe the way the track was playing, I still thought he was entitled to finish a couple lengths closer even with the bias on the day.

"He didn't parade that great I thought he sweated up and carried on a bit."

Mr Quickie had an enviable record prior to his Turnbull failure, which included Group 1 success at 2400m in last season's Queensland Derby.

"We worked him here on Tuesday and I thought his work was as good as I've seen, probably as good as it was when he went up to the Queensland Derby," Stokes said.

"He is carrying on like he should be going into a Newmarket not a Caulfield Cup and that is probably when he runs at this best."

Barrier 10 should ensure the four-year-old settles in a midfield position in what looks like an even Caufield Cup line-up.

"It's always hard a Caulfield Cup but is it a stellar year? Probably not, so it's great to have a runner in it," Stokes said.

"(I'm) happy now the spotlight is off him hopefully he can do the talking for us on Saturday." 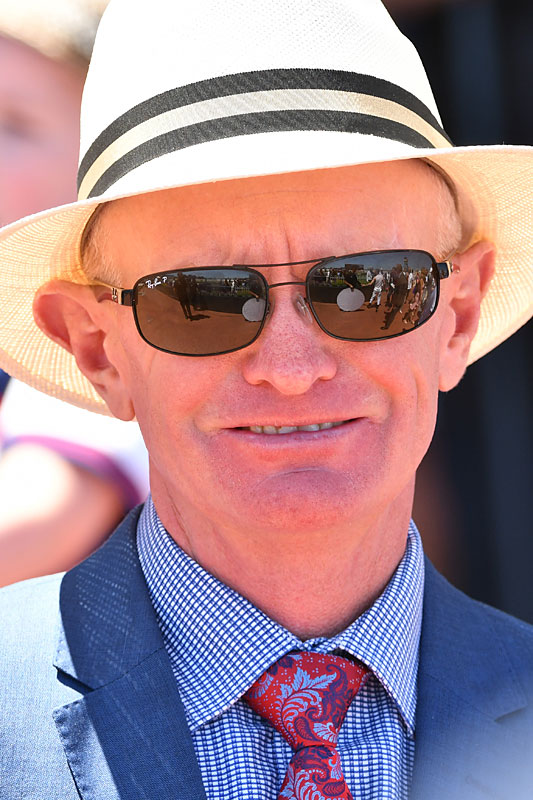