Stockman (NZ) might have earned himself a belated trip to Queensland after relishing the heavy track conditions at Rosehill to outstay his rivals and give Joseph Pride his third success in the $150,000, XXXX Listed WJ McKell Cup (2000m). 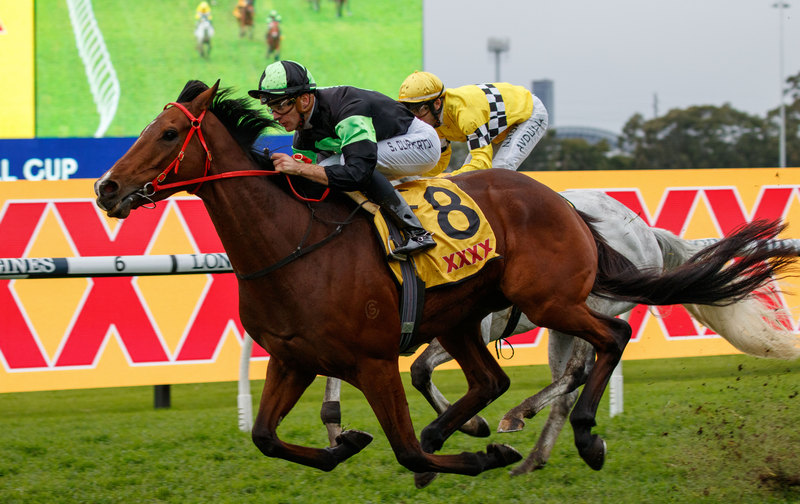 Whistle on by and Stockman (NZ) and Sam Clipperton have the field sorted, picture Sportpix.com.au

An early speed battle between Mr Marathon Man and Monreal injected good pace into the 2000 metre race and Sam Clipperton was able to settle Stockman into a beautiful position just worse than midfield.

Despite a 400m distance drop from his last start, Stockman’s liking for the heavy ground and his stamina kicked in, the $4.80 favourite surging to victory by 1-1/4 lengths over Berdibek ($26), with Parry Sound ($6.50) running his usual honest race for third, another 2-1/14 lengths away.

Pride, who has won the race twice previously with Destiny’s Kiss (2018) and Sense Of Occasion (2015), had been considering backing-up Stockman in next Saturday’s Stayer’s Cup (3200m) at Randwick but feels the horse is likely to get too much weight after his McKell Cup win.

“I had designs on going to the two-mile race next week but I’d say he’d be weighted out of that now, so he might go up to the Sunshine Coast for their 2400 [metre race]. It’s always wet up there,” Pride said.

“They really ran along in that in the end. The wildcard there, Mr Marathon Man, going up there and putting pressure on really strung them out, and you could see a long way out that Stockman was pretty comfortable.

“He just relishes those heavy tracks and it’s the first one he has hit this time around.”

Clipperton said he was initially concerned Stockman might struggle to cope with a drop back to 2000m but grew in confidence after he drew the inside gate.

“It was a bit of a concern dropping back from 2400 to 2000 but when the barriers came out, I was really confident that he wasn’t going to have to give away that three or four lengths at the start; he could hold a spot and the race just panned out perfectly for him,” Clipperton said.

“He showed a good turn of foot at the end my bloke. He just excels in this ground and he’s been racing in great form.”

The winner’s stablemate Brutality ran fourth at his first attempt at a middle-distance and Pride was satisfied with the performance after he pulled in the early stages but made steady late headway. 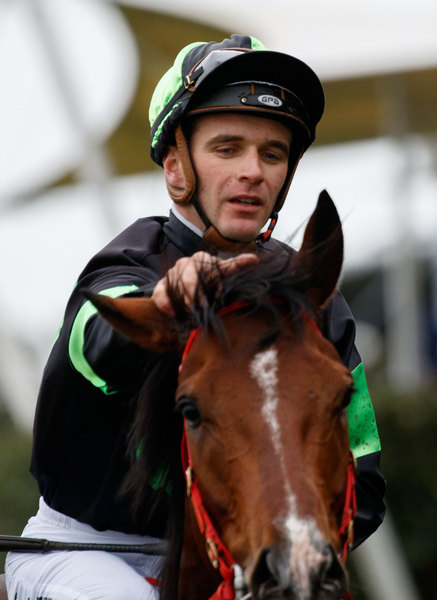 Hear from @PrideRacing after the win of Stockman in the W J Mckell Cup 👇 pic.twitter.com/pPa6QMcVgV