Step up to Saturday grade a Hypothetical option

Hypothetical scored an important win at Sandown on Wednesday and the Anthony and Sam Freedman stable will now look to enhance her status before things get tougher from next month.

Already valuable, being by Pride Of Dubai out of Fitna, a daughter of Group 1 winner Carry On Cutie, the Freedman stable is keen to enhance her page before she is forced to take on the older mares from the start of next season.

“There’s a three-year-old fillies 1200 at Caulfield in a couple of weeks and she could head to a race like that just try and add a bit more to her pedigree page before she has to take that step to four-year-old grade,” Freedman stable racing manager Brad Taylor said.

Hypothetical, a $310,000 yearling sale buy, spring-boarded off her promising debut second at Mornington on June 13 to dominate proceedings at Sandown. In-form jockey Billy Egan allowed her to stride to the front before putting the result beyond doubt with an impressive turn of foot in the first half of the straight.

Taylor said it was a more polished display from the filly who counts Yarraman Park Stud in the ownership.

“She just relaxed that whole lot better when she got to the front and that was the telling factor in the end,” Taylor said. “She was still a little bit vulnerable late, but it was a good ride by Billy. He stacked them up to the corner there and then sprinted away and got the job done nicely.” 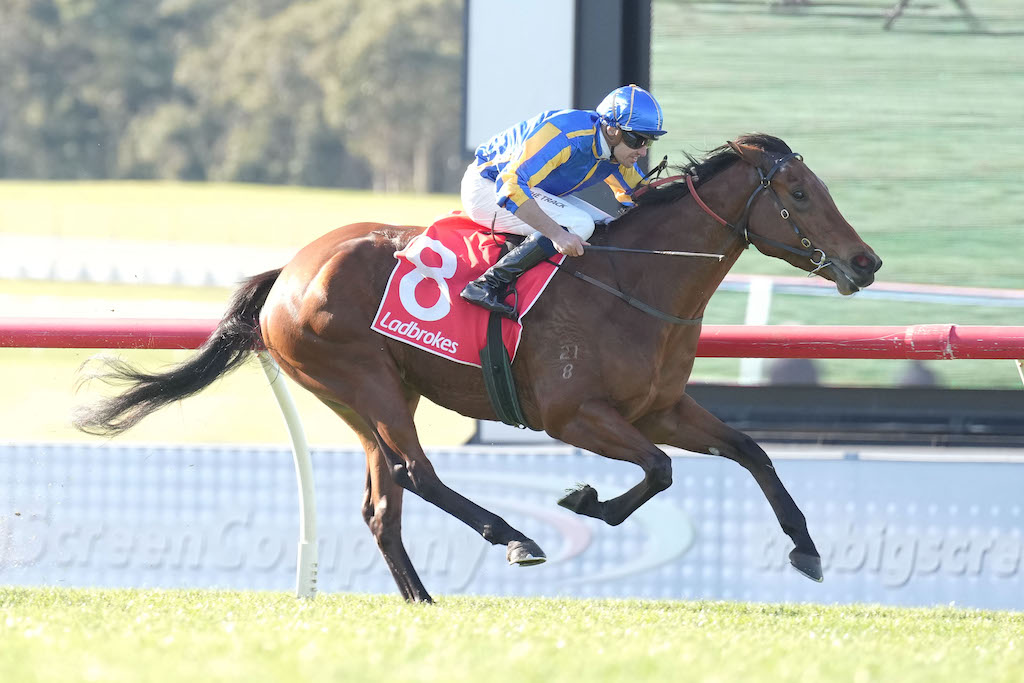 Hypothetical wins by a clear length at Sandown on Wednesday, picture Racing Photos