The connections of Steel Prince will be hoping to again win their way into the $8 million Group 1 Melbourne Cup (3200m) at Flemington on November 3 through a ballot free race.

Steel Prince won the Listed Andrew Ramsden Stakes (2800m) at Flemington in May last year which took the pressure off trainer Anthony Freedman gaining a Melbourne Cup start with the gelding.

After a good early start to his campaign, Steel Prince was a dramatic late scratching from the Herbert Power Stakes at Caulfield last October and took to running in the Geelong Cup.

Steel Prince finished seventh in that race before running ninth behind Vow And Declare in the Melbourne Cup, collecting $160,000 in prize money.

The gelding has only had two starts since last year’s Melbourne Cup, the latest finishing third behind Orderofthegarter and Chapada in the Group 3 MRC Foundation Cup (2000m) at Caulfield on Saturday.

Sam Freedman, who now trains in partnership with his father Anthony, said Steel Prince would now run in the Group 3 Bart Cummings (2500m) at Flemington on October 3 and join stablemate Warning in the Melbourne Cup. 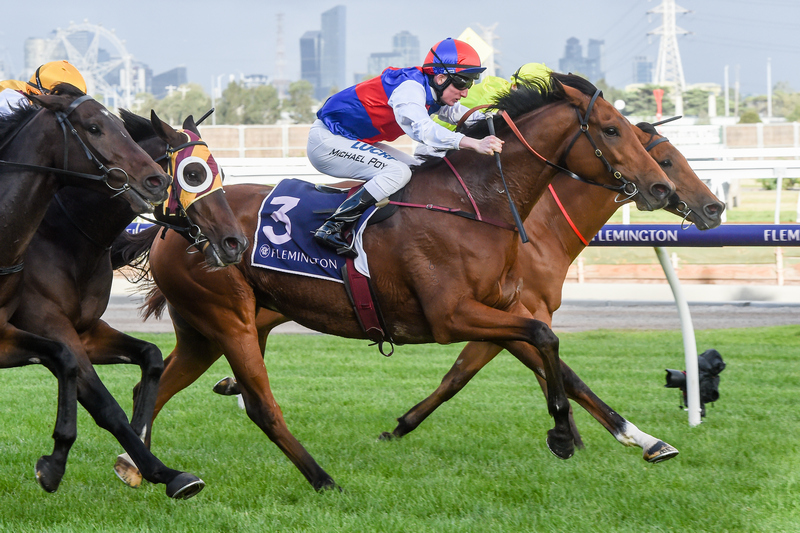 The Bart Cummings affords the winner a ballot exemption into the Melbourne Cup.

“He’ll go to the Bart Cummings in a couple of weeks and hopefully book a ticket into the Melbourne Cup as he’s well down in the weights,” Freedman said.

“We’d love to get another runner in it, but it was good to see him back racing so well.

“He probably got a bit tired in the last 50 or 100 metres so there’s good improvement there.

“He’ll be going in third-up so he’ll probably be at his peak for the Bart Cummings which he’ll need to be at.”

Freedman said it was hard to gauge whether Steel Prince had made any improvement on last year.

“He’s been about the same,” Freedman said.

“He was running well last year but he just wasn’t drawing a (good) barrier.

“Him drawing a gate is pretty important for him because he can be put into the race. Now he’s fit we can really start to roll forward on him and have him in the first three or four.”