State Of Rest to add to O’Brien haul

Irish trainer Joseph O’Brien has two Melbourne Cups under the belt and now he would like to add a W.S. Cox Plate to the trophy cabinet.

With strict veterinary protocols in place for international travel this year, Joseph O’Brien has sent two horses to Melbourne for two of Australia’s biggest prizes —  State Of Rest (Ire) in Saturday’s Group 1 W.S. Cox Plate (2040m) at The Valley, and Twilight Payment (Ire) for his title defence of the Group 1 Melbourne Cup (3200m) at Flemington on November 2.

Travelling foreman Mark Power said State Of Rest (Ire) had adapted well to his new surrounds at Werribee, which is much quieter this year with fewer international gallopers making the trip out.

State Of Rest (Ire) has raced only twice this year, finishing third over a mile at The Curragh in June before winning the Group 1 Derby Invitational (1911m) at Saratoga (in the US) on August 7. It was that victory that convinced O’Brien and the connections of the Starspangledbanner northern hemisphere three-year-old to make the trip to Melbourne for the W.S. Cox Plate.

Power said MJ Doran, State Of Rest’s track rider, knows the colt best and said he was on target.

“He’s a straightforward horse and it’s great to have that little bit of travel under your belt knowing what to expect and he’s been one to take it fairly well. He’s delighted with him. Fingers crossed.”

While State Of Rest (Ire) may lack the racing experience of his more seasoned opponents, Power said the colt had plenty of speed and does not see the 2040m proving a problem. The horseman has been surprised with the hype surrounding Zaaki (GB) who is the $2.60 favourite with TAB for Saturday’s race ahead of Anamoe and Verry Elleegant (NZ) at $5. State Of Rest is an $11 chance.

“He wasn’t a great star that he has been made out to be here back home,” Power said of Zaaki. “He wasn’t showing that level of form, but he’s been very impressive down here, so it will be interesting to see how we get on down here on Saturday.

“Annabel Neasham has obviously done a very good job with him.” 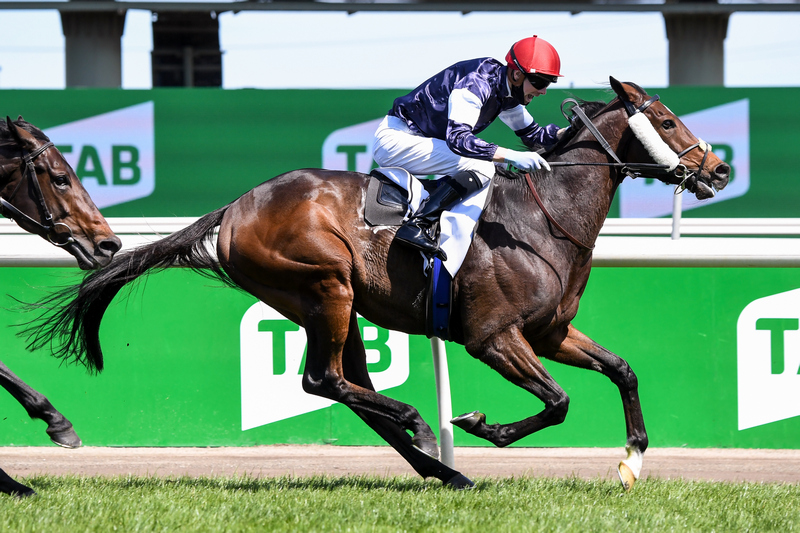 Twilight Payment (Ire) is back Down Under to defend last year's Cup win, picture Racing Photos