Starman returned the races refreshed and a gelding with an encouraging win under James McDonald in the $130,000, Canterbury-Hurlstone Park RSL Bm 72 Sprint (1200m) for three-year-old’s at Rosehill on Saturday with Sacrimony (NZ) second, giving Chris Waller the quinella. 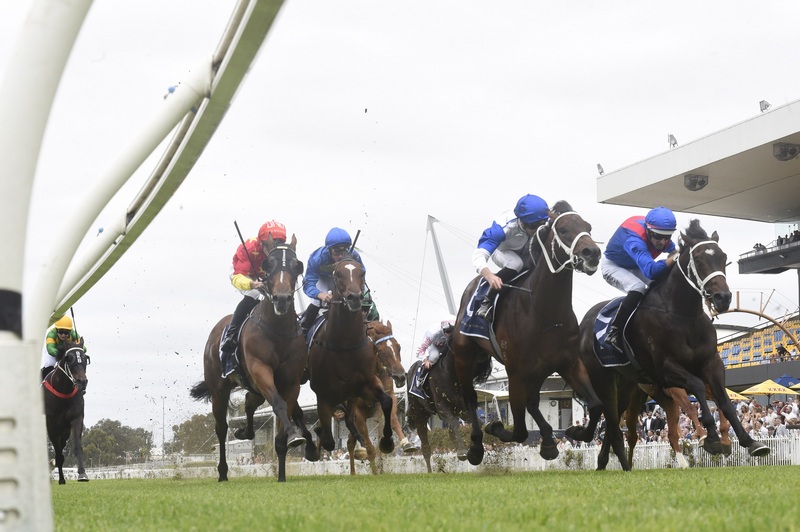 The Zoustar gelding had three races in late winter and early spring as a colt with a winning debut over 1100m on the Kensington track on July 28th, however, he was not able to go on with it and connections decided on the gear change.

On Saturday Starman had 57kg under McDonald to the $4.40 favourite Snitzonfire’s 59kg with Tim Clark and it was a helpful assist for the cause. He  also showed fight when his stablemate Sacrimony with 56.5kg under Hugh Bowman challenged.

Blow Dart and apprentice Reece Jones led the charge out of the barriers forcing Snitzonfire and Tim Clark to sit outside instead of leading and dictating. Across the top Blow Dart raced fiercely for Jones with Snitzonfire and Clark camped in their flank outside.

Clark moved to take over passing the 300m with Starman and McDonald quickly up alongside outside and Sacrimony and Bowman were closing further out again in the middle of the track. Snitzonfire tried hard to maintain an advantage, but the weight was not helping and Starman took over. Then Sacrimony reached Starman, but to his credit the latter did not falter as McDonald worked hard to repel Bowman and Sacromony on the outside with their weight pull.

The margin at the line was a half-head between Starman and Sacromony (Per Incanto) and Bowman with Warrior Hero (Snitzel) (58.5kg) and Josh Parr third, the margin 3/4L. Snitzonfire was fourth a further 1/4L back.

"Unfortunately, he had to be gelded but I think it has made a racehorse out of him," Waller said.

"He will be our main hope heading towards the Magic Millions three-year-old race."

Waller made the unusual decision to run Starman just four days after he won a barrier trial at Canterbury.

He said the stable felt Saturday's race was a perfect fit and prioritised that over the imperfect timing.

"It is unusual but the race looked perfect," Waller said.

"There is an 1100 metre race next week but who knows what the track conditions will be like, the barrier draw he is going to get, and he's an animal so anything can happen in seven days.

"It is not ideal, but we don't give our horses hard trials.

"I feel (barrier) draws and (track) conditions are more important than spacing (races)."