Under-rated three-year-old Flying Crazy has put himself in contention for the Stradbroke Handicap after landing his third stakes win this campaign and claiming the scalp of Andermatt in the process.

Touted as a possible Everest contender on the back of two impressive wins, Andermatt was sent out an odds-on favourite for the Luskin Star Stakes (1300m) on Saturday but after sitting wide and over-racing, finished fourth.

Stable representative Darren Beadman said he was unsure if Andermatt failed to handle a rise in journey, or if he was simply the victim of a tough run.

“Andermatt was posted three-wide and as I said to ‘Rach’ (Rachel King), it is hard to get a gauge if he ran out a strong 1300 metres,” Beadman said. “He had a tough run and you are not going to get any favours when you are $1.60

“He could have faded out of it in the straight, but he actually ran on quite well near the line. I thought he ran really well under the circumstances.” 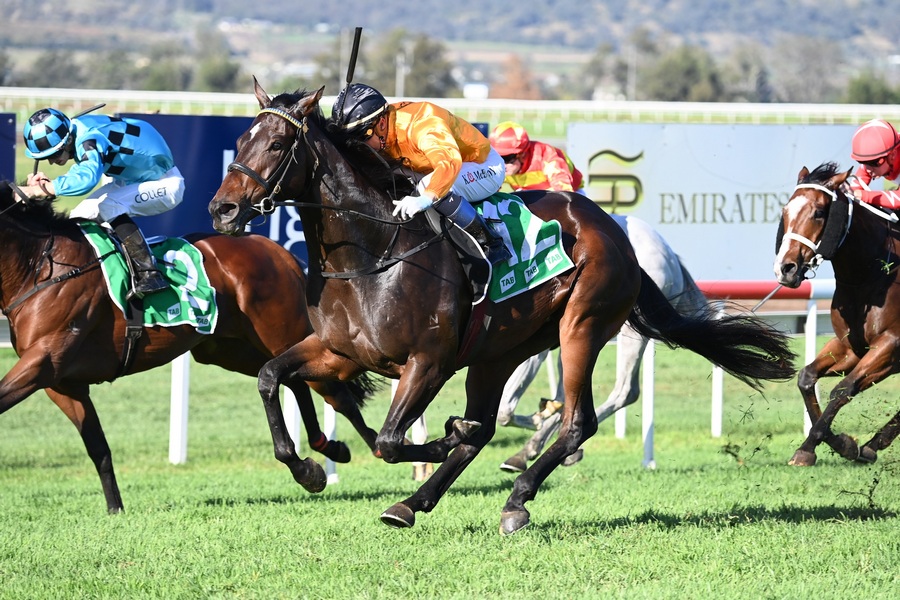 But all accolades were with Flying Crazy, who made it a third Listed race win in as many months having already captured the Canberra Guineas (1400m) in March and Daybreak Lover Stakes (1400m) in Brisbane in April.

He was scratched from the Hawkesbury Guineas two weeks ago due to the very heavy track but on less testing conditions at Scone, he was able to put his best foot forward.

“He beat a good field and he is a highly promising horse,” co-trainer Gerald Ryan said. “I think he’s getting better. As a four-year in the autumn, he could be a Doncaster horse.

“At the moment, we’ve got a question mark on him running 1600 metres, but he is going the right way and he will go to the Fred Best (Classic in Brisbane) in a fortnight and we will play it by ear after that.

“If he won the Fred Best we would go to the Stradbroke, otherwise we would try him at a mile in the Gunsynd (Quality) on the same day.”

Ridden patiently by Kerrin McEvoy, Flying Crazy ($13) weaved between runners and burst from the pack late to deny Olmedo ($26) by a half-length with outsider Zorocat ($101) another 1-1/4 lengths away third.