Superstar three-year-old St Mark's Basilica, who beat Arc favourite Tarnawa in the Irish Champion Stakes this month, has been retired to stud with Aidan O'Brien describing him as possibly the best horse he's ever had at Ballydoyle and Coolmore's most important stallion prospect since Galileo.

St Mark's Basilica will end his racing career as the joint top-rated horse in training and unbeaten at three following a flawless Classic campaign that saw him win the French 2,000 Guineas and French Derby, Coral-Eclipse and Irish Champion Stakes.

The son of Siyouni missed an intended engagement in the Juddmonte International at York in August following a freak gallops incident in which his front shoe came off and hit his hind leg.

He recovered in time to take on Tarnawa and Poetic Flare at Leopardstown but the soreness returned when coming back into full training following that thrilling success, so a decision has been made to end his racing career and begin what could be a glorious one at stud.

Speaking about St Mark's Basilica's brilliance and the decision to retire him, O'Brien told the Racing Post: "He's a wonderful horse, possibly the best we have ever had in Ballydoyle. For us, he is as important a horse as has retired from here since Galileo, because he is a Siyouni. He gets his speed from him, and he relaxes and quickens and has all the determination from Galileo.

"After the Irish Champion Stakes he was grand, but he was sore again when we got him back up to full work so that's why we had to pull back off him. I discussed it with the lads to let them know what the picture was. I ticked him over for a while and we had a chat about it."

O'Brien stressed that the way in which St Mark's Basilica hung right up the straight at Leopardstown may have been down to the same injury picked up before the Juddmonte International.

St Mark's Basilica was last year's champion two-year-old in Europe. It may have taken him three goes to get off the mark but he ended his two-year-old campaign by winning the Dewhurst under Frankie Dettori.

He kicked off his three-year-old season by storming home to land the Poule d'Essai des Poulains at Longchamp and returned to France the following month to win the Prix du Jockey Club at Chantilly. On both occasions, he was ridden to victory by Ioritz Mendizabal.

Ryan Moore took over in the Coral-Eclipse at Sandown for what was St Mark's Basilica most visually impressive performance, as he swept by Mishriff and Addeybb with a devastating turn of foot.

The Irish Champion Stakes proved to be his final start as he once again displayed impressive acceleration to thwart Tarnawa, despite drifting to his right all the way up the home straight.

Speaking about the thrill of riding him, Moore said: "He really was a brilliant horse, a pleasure to ride in fact, and a dream for any jockey, but he relaxed so well and then quickened instantly when you asked him. He won five Group 1s on the spin and everything he has done this year has been extremely impressive.

"It's a shame he had that little hiccup before the Juddmonte at York, and it wasn't easy for him last year as a two-year-old with the way things were with Covid, but he did everything that was asked of him on the track. He was fantastic and always an exciting horse to ride. He will be remembered very fondly for what he has done."

O'Brien said you could clearly see signs of Galileo in St Mark's Basilica, but his raw speed was his main asset.

The master trainer added: "He's a typical Galileo in that he runs with his head out and down. That's what Galileo did best, and he is obviously getting the speed from Siyouni. He has a great ability to quicken, which is why, when we went to the Champion Stakes, we didn't care how slow they were going to go. It was always the same with him, because we knew he wasn't going to get out-sprinted."

Of his importance at stud, Coolmore's David O'Loughlin said: "He's the most exciting prospect we've retired from Ballydoyle since his late grandfather Galileo.

"He was European champion two-year-old, the highest-rated three-year-old in the world, a 1,300,000gns yearling by a top sire in Siyouni, a half-brother to another brilliant horse in Magna Grecia, both out of Galileo's Group-winning two-year-old Cabaret. He has everything and he'll get terrific support from his owners' broodmare band too." 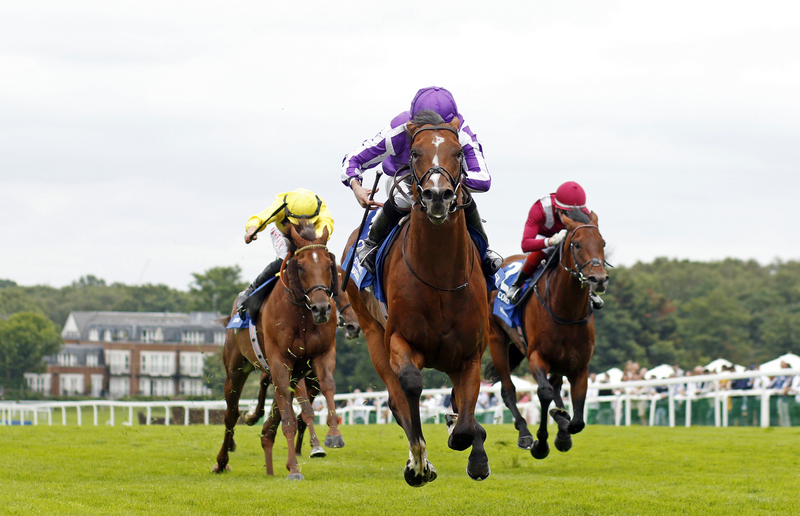