Sydney horses have enjoyed a successful start to the winter carnival in Brisbane and trainer Joe Pride is hoping his talented sprinter Taksu can continue that trend.

Last weekend’s Eagle Farm meeting was dominated by Sydney-based trainers who collected five of the six black-type races, including the Group 1 Doomben 10,000 won by the Peter and Paul Snowden-trained Mazu.

Taksu will get his chance to shine in the Group 3 BRC Sprint (1350m) at Doomben on Saturday with Pride deliberately giving him a light autumn with the winter carnival in mind.

“I saved him through the (Sydney) carnival and sparingly raced him. He’s had four runs and that was preserving him for a little assault on Brisbane,” Pride said.

“He’s got a really good record this prep. Even his beaten runs — he was beaten at Newcastle and Rustic Steel ran third in that race, and that’s good form.”

An on-speed runner, Taksu followed a Rosehill victory in March with a second to O’President at Newcastle, relegating subsequent The Coast and Scone Cup winner Rustic Steel to third, before returning to the winner’s stall with a 4-3/4 length romp at Randwick last month.

Taksu tuned up for his Brisbane trip with a Warwick Farm barrier trial last week and will be one half of Pride’s two-pronged winter carnival team, along with Stradbroke Handicap hopeful Private Eye.

“We did pretty well up there last year. We won the (Queensland) Guineas (with Private Eye) and the (Doomben) 10,000 (with Eduardo),” Pride said. “This year it’s just going to be Private Eye and Taksu. Small and select.”

Taksu will be aiming to give Pride his second win in the BRC Sprint, which he captured with smart sprinter Tiger Tees a decade ago.

The winner of Saturday’s race is exempt from a Stradbroke Handicap ballot and Pride confirmed Taksu would head to the Group 1 if successful. 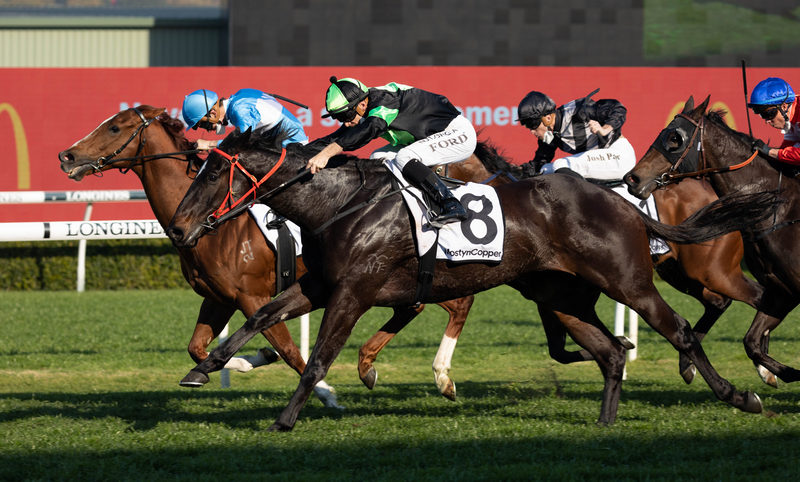 Private Eye is heading back to the Sunshine State in the coming weeks, picture sportpix.com.au