Lunar Flare confirmed to Grahame Begg last Saturday that she had returned with a zest for racing and the Cranbourne trainer expects even more natural improvement when spring rolls around.

Last year’s Moonee Valley Cup winner will tackle her target races in-foal with the rising seven-year-old booked in for a visit to star Rosemont Stud stallion Shamus Award in September. Begg is a subscriber to the theory that mares improve while racing pregnant.

“She’s going to be covered by Shamus Award, she’s booked to go into him, and will go any time after the 1st of September,” he said. “We’ll do all the right procedures with her … but they race better once they get covered.” 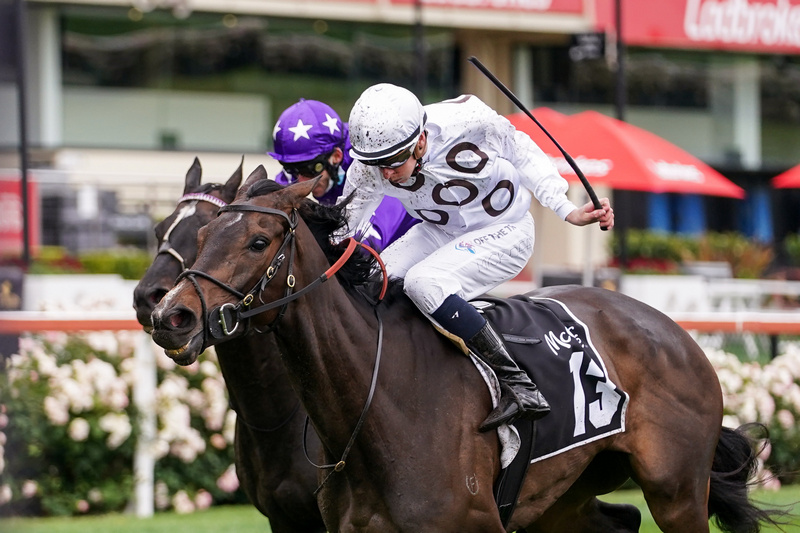 If pregnancy does spark significant improvement in the daughter of Fiorente, the $5 million Group 1 Caulfield Cup (2400m) is an option, but Begg is plotting a spring around the Group 2 and Group 3 staying features.

The $1 million-earner started her campaign in last Saturday’s Listed Winter Championship Final (1600m) at Flemington, where she started $51 but caught the eye late to finish fourth, four lengths behind Tuvalu.

“We’re going to give her another run in three or four weeks’ time, something a bit longer obviously, maybe 1800 (metres), and then just work our way up into the spring,” Begg said. “But she’s come back really, really well.”