South Pacific gets on the board in Australia

Almost a year to the day since making his Australian debut, South Pacific (GB) has broken through for his first win with an easy victory at Flemington.

Under the guidance of Jamie Kah, South Pacific enjoyed a perfect run in the $135,000, Adam Lindsay Gordon Handicap (2540m) on Saturday in strolling home to a comfortable victory.

Bred in Great Britain and trained in Ireland by Aidan O’Brien, South Pacific was shipped to Australia to join the Ciaron Maher and David Eustace stable in the spring of 2019.

South Pacific had a win over Constantinople to his credit and had chased three-time Ascot Gold Cup winner Stradivarius in the Goodwood Cup before heading down under, but it took until his eighth Australian start to finally breakthrough.

Eustace said South Pacific should gain a lot of confidence from Saturday’s win.

“He really deserved that,” Eustace said. “I’m delighted for the horse and most importantly, the owners — they’ve been very patient.

“Darren Dance put a lot of faith in the stable, as has Barry Pang and Alf Gauci, and he will start to repay that now. He is a thorough stayer and hopefully he gains a lot of confidence from that.”

Eustace said being a lightly-framed horse, the stable has to space out the gelding’s runs.

“I think the Flemington Cup 1849 is in four weeks, so he could go straight there, but if it rains in two weeks [Banjo Patterson] then he’ll take his chance,” Eustace said.

“It’s been a big team effort with this horse. He’s been everywhere for different reason … Ballarat, Caulfield, the beach.

“Everyone has played their part because he isn’t straightforward.” 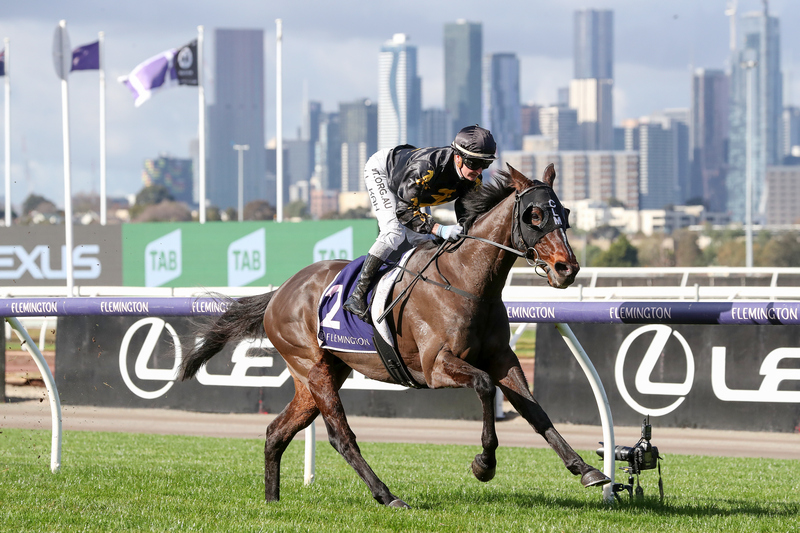