The R600,000, Grade 3 Marshalls World Of Sports Gold Cup (3200m) at Hollywoodbets Greyville on Saturday is South Africa's premier staying event and is always thrilling to watch on a programme featuring World Pools for the entire meeting.

The Grant Maroun-trained mare Sunshine Silk might defy 16/1 odds in this renewal. In last year's Gold Cup when trained by Geoff Woodruff this chestnut mare by Silvano carried 55kg from draw six and in the muddling pace of the race, which saw the winner Paths Of Victory able to steal a march, she came from way back to finish a 1,95 length fifth carrying 55kg from draw six.

She now has only 53.5kg to shoulder and has another good draw of four so it should pan out well. She has plenty of substance and comes in off an eyecatching preparation run over 2850m at Turffontein Standside when staying on well for second. In the final stages of that race she was using her lovely big action and stretching out superbly so looks to be in fine fettle.

Nebraas, winner of the Grade 3 DSTV Gold Vase last time out in his first attempt at a staying trip, is a worthy favourite as he won that race full of running and clearly relished the trip. The Vercingetorix gelding would no doubt be higher in the merit ratings if he had been given more opportunities to run in staying races but instead shrewd race planner Sean Tarry has got him in with a featherweight 52.5kg. The only detractor is a wide draw. He is a handy type and if caught wide without cover that will dent his chances.

Last year S'Manga Khumalo rode one of the all time great races to win on Paths Of Victory and he has landed a plum draw this year on Don't Look Back. This former KZN-based horse has thrived in Johannesburg where the galloping tracks suit his style so the ability is there but his suitability to this tight track creates a question mark.

Out Of Your League beat a top class field when winning the Grade 1 SA Derby last year and although that race took a lot out of him he has now strengthened and matured and comes in off two wins. The draw is a concern but he did lead in the SA Derby and found extra when threatening to be swamped so he might be able to dictate if getting to the front fairly comfortably.

Silver Host is a talented long-striding stayer who will be a big runner if able to find cover from a wide draw.

African Adventure is one of the few who will truly relish this 3200m trip and he is drawn in pole position with top jocky Muzi Yeni up. Against him is having to carry 60kg topweight and he takes a while to wind up in the straight so there is a question whether the tight Hollywoodbets Greyville track will suit him.

Chitengo has been especially prepared for this race. She has shown true class as a stayer and although African Adventure holds her on 2850m form she could improve on that effort but does have a tough draw.

Before Noon is way under sufferance according to official merit ratings but on his KZN form alone he would be higher rated so looks sure to run well from draw two. He stays all day and if it doesn't pan out well for the fancied horses, he could pick up the pieces and cause a 20/1 upset.

Favour stayed on resolutely for fourth in the Grade 3 Track and Ball Derby over 2450m at Hollywoodbets Scottsville last time and gave the impression he would relish this trip so he is not without a chance of giving Dean Kannemeyer a fourth Gold Cup win although he has a tricky draw of nine.

Bayberry is a big galloper who did not have perfect cover in the Gold Vase and is now drawn much better in six. He will be using his big stride to power home in the straight if it pans out well.

Doublemint was a close third two years ago and only carries 1kg more. He was rushed from a wide draw in the Gold Vase and thus raced a bit keenly for a while after that. Two years ago in the Gold Cup he was held up and ran on well so if he can be settled from a fair draw of eight he could be right there.

Paths Of Victory won last year carrying this same 54.5kg and has a better draw. He has not shone this season but only has to reverse a 5,1 length beating by Nebraas in the DSTV Gold Vase and is 2,5kg better off. He has champion jockey Warren Kennedy up and trainer Gareth van Zyl is gaining a reputation for his ability to produce them at their peak for the big ones.

Holy Warrior was drawn in pole when plugging on for second in the Gold Vase and will need some luck from a wide draw here but is clearly capable.

Wealthy is an honest stayer who is still in good form at the age of eight but this is tougher than his last start when fourth in the Gold Vase although he holds Before Noon on paper and has a fair draw of seven.

Dream Destiny has a hard task on Gold Vase form but on Track And Ball Derby form is not out of it although he has the widest draw of all to overcome.

They are selected in the order mentioned although it is as wide open as usual and virtually every horse has a money chance.

A World Pool is operating for the entire meeting with bet-types Win, Place, Quinella and Quinella Place.

The World Pool is available across the globe including through SuperTab and its affiliates in Australasia, Singapore in Asia,
multiple operators in the UK & Europe, and across the vast network of ADWs in North America and Africa. 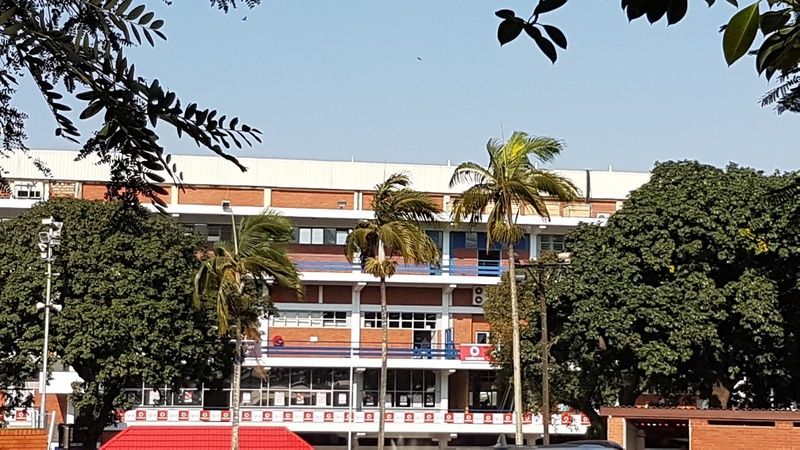