Snowdens chase another Guineas with Exoboom

The Scone Cup Carnival holds special significance for the Snowden family, and father and son training partners Peter and Paul are again hoping to make their mark on the two-day event.

Renowned as the ‘horse capital of Australia’, Scone was Peter Snowden’s stomping ground as a kid and each year he is mindful of supporting the club’s major race days.

This year, the opening card featuring the Scone Cup and Dark Jewel Classic will be held at Scone on Friday, with the remaining stakes races, including the $300,000 Inglis Guineas (1400m), being staged at Rosehill on Saturday.

Peter Snowden hopes both meetings will eventually end up back in the Hunter.

“It’s my old hometown, so I’m always keen to get back there,” Snowden said.

“It is a shame it’s not there for the two days. There’s no knock in going to Rosehill as far as racing goes, the track is in good order, but those country towns really rely on those couple of days for the whole industry.

“But the Cup day is there Friday, and we’ll be up there that day.” 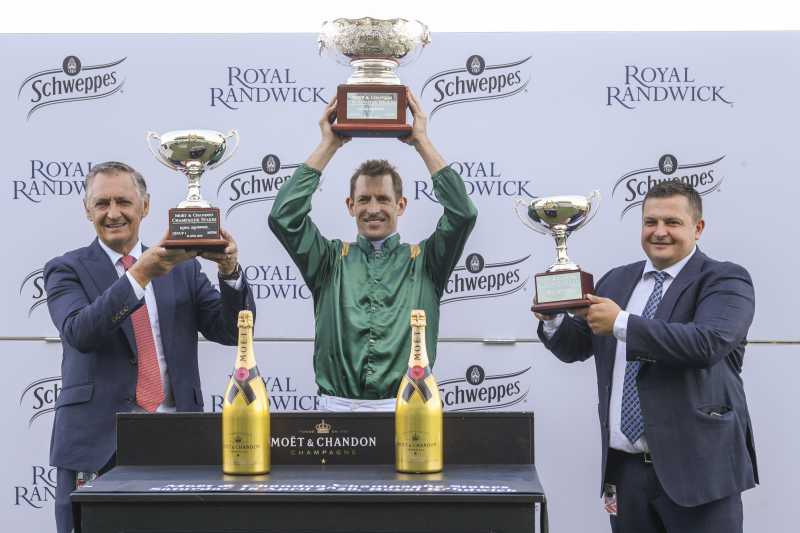 While they won’t be represented in the Scone Cup this year, Peter & Paul Snowden will saddle up Missile Mantra, Reelem In Ruby and Jen Rules in the Group 3 Dark Jewel Classic (1400m), a race they have won three times.

On Saturday, Exoboom will headline their team when he bids to deliver them a fourth Inglis Guineas in just six years.

The three-year-old launched late to win the Group 3 Hawkesbury Guineas last start and while he snuck under the guard of punters as an $8 chance, the performance did not surprise the stable.

“The ability was always there, so he just had to take it to the next level on race day and he did that,” Snowden said.

“He sat back and went around the whole field and won well. There was no fluke in that, he’s a well above average horse.”

Exoboom was marked at $3.30 with TAB fixed odds on Thursday and he will have Regan Bayliss aboard, replacing the suspended Sam Clipperton.

The Snowdens have designs on taking the gelding to Queensland after this weekend and are weighing up several winter carnival options, including the Fred Best Classic (1400m) at Eagle Farm on May 29 and even a possible Stradbroke Handicap tilt.

“He will definitely go to Brisbane, but what he runs in there we’ll decide after what he does at Scone,” Snowden said.

A field of 15 has been accepted for the Inglis Guineas, although trainer Les Bridge said Lennon was an unlikely starter after drawing the outside gate.