Slow and steady the motto for Profondo

Group 1 Spring Champion Stakes winner Profondo has begun his carnival build up with a pipe-opening barrier trial at Warwick Farm. The colt settled last in his 740-metre heat on the Polytrack before jockey Josh Parr eased him to the outside and he finished stylishly under his own steam to run second to the Gary Portelli-trained The Empire.

Trainer Richard Litt was satisfied with the hitout and said the three-year-old would trial again before any plans were made for his return.

“He is happy, he has pulled up well and we’re very pleased with him,” Litt said. “Over the next few days, we will discuss when we trial him again. We are just going about our business nice and quietly.” 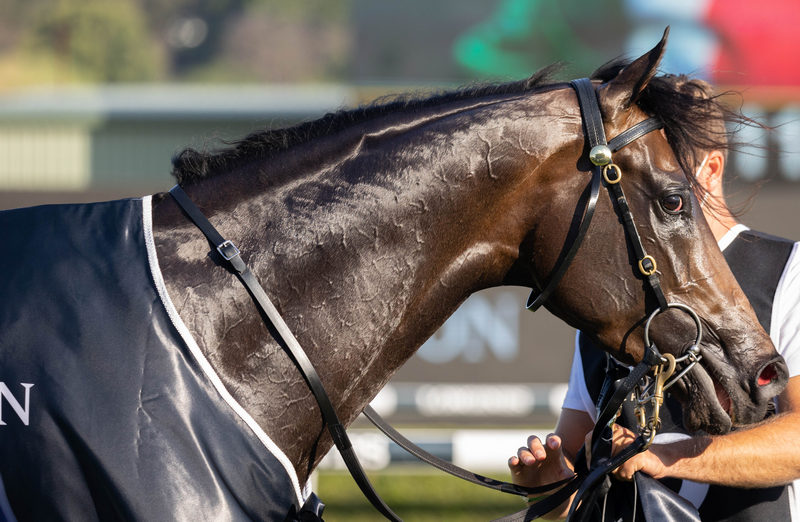 Profondo is being taken along nice and steadily, picture sportpix.com.au

A beautifully bred son of Deep Impact, Profondo raced just twice in the autumn after wet tracks frustrated his campaign. Prior to that he had shown staying promise with a runner-up finish in the Group 3 Gloaming Stakes before his Spring Champion triumph.

The horse who denied him in the Gloaming, the Chris Waller-trained Head Of State, was also in action at Wednesday’s trial session, finishing sixth to Invinciano in the opening heat. The Coolmore three-year-old has been battling ongoing heart issues and has not raced since tailing out in Profondo’s Spring Champion Stakes when he pulled up with cardiac arrhthymia.

Litt confirmed two-year-old Thinkin’ Bo You, who is an acceptor for Randwick on Saturday, wouldn’t be taking his place after disappointing in his 740m heat at Warwick Farm.