Leading Hong Kong trainer John Size will welcome talented three-year-old Bourbonaire to his stable after his purchase out of Stephen Marsh’s Cambridge barn.

Marsh said it’s bittersweet to lose his stable’s flagbearer, who was beaten by the barest of margins in the Guineas, but the money on offer was too good to turn down.

“He is a very high-class three-year-old and he would have been a potential top-liner going forward,” he said.

“But when you get offered the money they can in Hong Kong you just can’t turn it down.

“We are sad to see him go because we think he is a stable flagship horse.

“I believe he is going to John Size, which is great, he will get every opportunity there.” 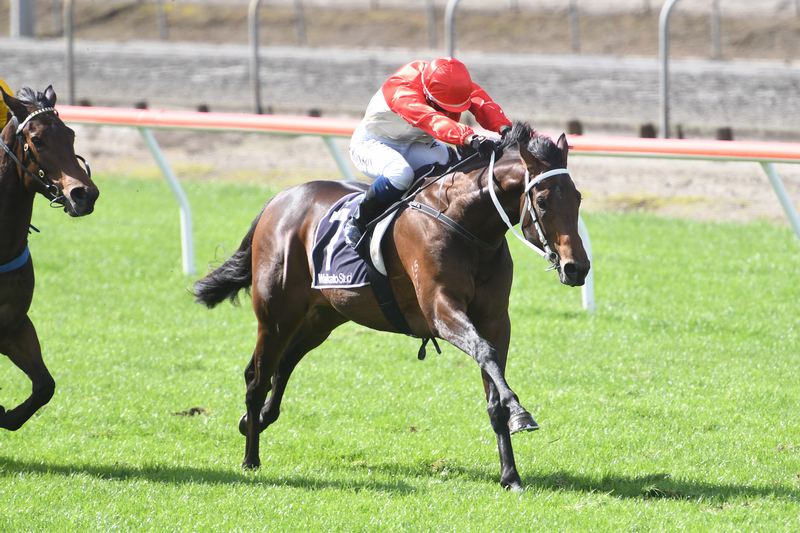 While the stable has lost one talented three-year-old, Marsh was pleased to see another put their hand up at Te Rapa on Wednesday.

Savabeel filly Whimsical was impressive when winning by 2-1/4 lengths and a stakes assignment now beckons.

“She was very unlucky first-up in a top three-year-old race,” Marsh said. “She won very well yesterday and she will head down to the Eulogy Stakes (Gr.3, 1600m) now.

“We think she is a filly who is going to go right through the grades and looks the goods.

“We expected and hoped she would win like that and she delivered, so we are happy.”

Looking towards Saturday at Ellerslie, Marsh will likely have two runners, with Milford a doubtful starter in the Listed Trevor Eagle Memorial 3YO (1500m) after drawing barrier 17.

The three-year-old hasn’t had a lot of luck this week, with Marsh electing to bypass the Gr.3 Lucia Valentina Wellington Stakes (1600m) with the gelding due to the heavy track conditions.

“He has had a couple of trials on wet tracks and hasn’t gone that well and hasn’t enjoyed it. We knew the weather was going to turn a bit nasty at Otaki,” he said.

“He has drawn 17 at Ellerslie so he might be kept for another day.”

Meanwhile, Divine Sava is set to make her raceday debut in the Eagle Charters 1100 after a couple of trials placings.

“She has drawn poorly in the trials and hasn’t had a great deal of luck, but she has come up with barrier 1 (on Saturday),” Marsh said. “She should jump and put herself there.

“Unfortunately she hasn’t had the experience of being all in amongst horses but her work has been good. She will go well and hopefully she can get some Karaka Million dollars.”

Later on the card Marsh is hoping Felaar can regain form in the Dunstan Feeds Stayers Championship Qualifier 2100.

“He hasn’t had the rub of the green this prep,” Marsh said. “I am happy he has drawn out a bit (11). He will probably get back a bit from the draw.

“He will be given one good clear run at them. We just don’t want him hemmed up.

“He is going better than what his form would suggest.”