Single Bullet and Dolan fly in Summer Sprint under light-weight

Weight stops a train on the race track and the lack of it gives considerable assistance and so it was that Single Bullet carried 49kg to win the $125,000, Summer Sprint (1000m) under apprentice Robbie Dolan in a very quick time and top-weight Jungle Edge carried 61.5kg and just could not keep the light-weight out.

Jungle Edge under Chelsea Hall led for 950m of the trip looking to defy the weight impost, but once Dolan let Gary Portelli’s Single Bullet go the four-year-old Not A Single Doubt gelding they always had the leader covered.

With the final 600m of the race clocked at 33.05 the task for Jungle Edge was near impossible as brave as the eight-year-old Dubawi gelding was.

In the running Jungle Edge had Badajoz (58kg) and Christian Reith sitting outside while Dolan, rapidly becoming the go-to Sydney apprentice, sat Single Bullet back in third. They were 3L behind the leading duo at the 600m, but Dolan patiently waited for the main straight before sending his mount away for victory.

Badajoz was fourth and Marsupial fifth with the latter carrying a wager of $25,000 at $3.40 placed not long before the race. 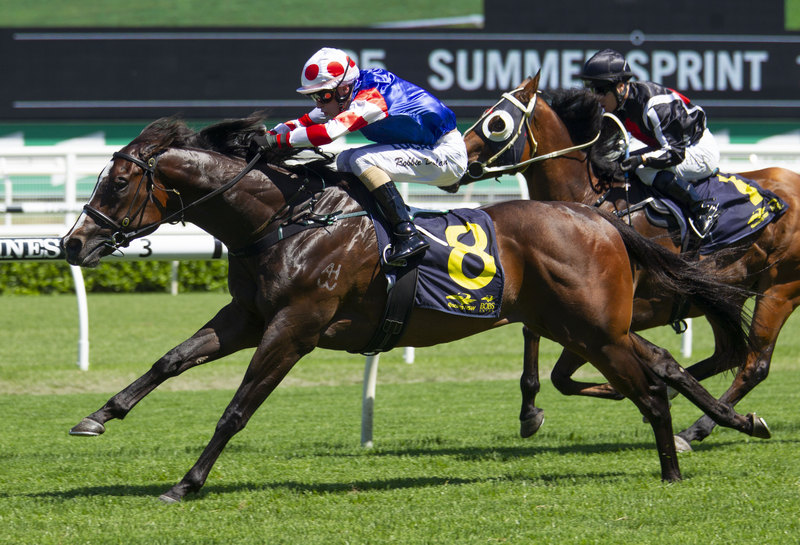 “Gary picked out this race eight weeks ago. We hope he can now go on and improve.”

Dolan was carrying on his good form from last week when he had his first Randwick winning double.

“I was pretty confident travelling in the straight and he let down really well,” he said.

Commenting on his ability to ride at 49kg, Dolan said that not only could he ride at the weight, he also had a ‘good breakfast’ earlier and still made the weight. He said he currently weights out at 47kg.

Not surprisingly after Chris Waller used Dolan last week to claim his allowance, which resulted in a win, Dolan said that he was now receiving a lot of interest in his ability to ride light weights.

Note - Dolan completed a treble at the meeting after winning on Turnberry and Live And Free (NZ).