Silent Mistake celebrated a maiden-breaking victory in stakes action with a front-end effort in the $100,000 Victorian Queen on Saturday afternoon at Woodbine Racetrack. 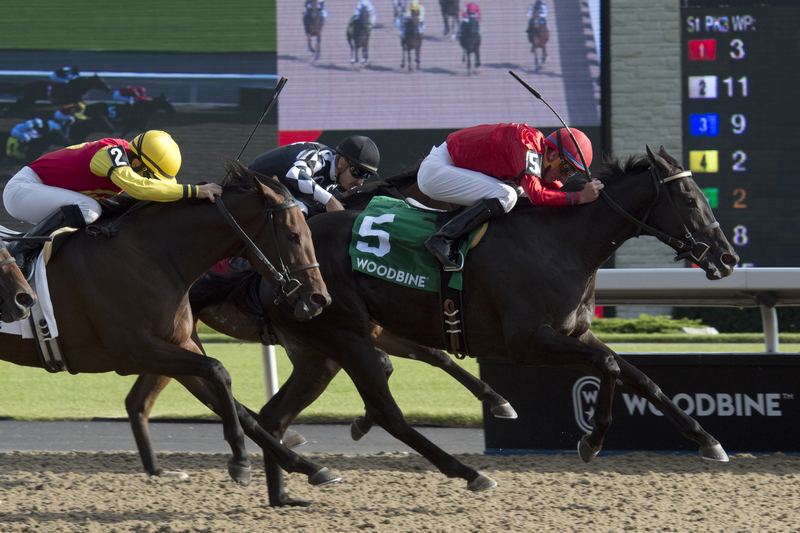 With Gary Boulanger aboard for trainer Norm McKnight, Silent Mistake left out from post five and fronted the field of seven Ontario-sired two-year-old fillies throughout the six-furlong affair while setting early fractions of :23.32 and :46.96. The Silent Name-Cost and Effect filly shrugged off challenger Ishiyaya and the wide-rallying Katla’s Fury coming off the turn then kept the late-closers at bay to score by half a length in 1:11.39.

Georgian Dancer finished second off a ground-saving trip, nosing out Preferred Guest, who had closed from last along the rail. Second choice Notice Me finished just a head back in fourth-place.

“She showed me a lot of class today,” said Boulanger, who earned his 12th stakes win of the meet. “She got out there and threw her ears up and kind of waited and when I really called on her, she just kept digging in and digging in and she wouldn’t give up.”

Bred in Ontario by Paul Buttigieg, Silent Mistake was a $45,000 purchase from last year’s Canadian Thoroughbred Horse Society Yearling Sale and is owned by Trinity Racing Stables Inc. and Racer's Edge Inc. She was sent postward as the slight 2-1 favourite following her stakes-placed debut in the Canadian Yearling Sales Stakes on August 29.

“We were really pleased actually [with her first start],” said McKnight’s son and assistant trainer Brad. “She was probably two works short, one for sure, outside post and she overcame a lot.”