Shorter trip to suit Deep Speed at The Valley

In hindsight training partners Tony and Calvin McEvoy were a little rushed in sending their talented three-year-old Deep Speed to 1400m during Melbourne Cup week at Flemington.

The son of Deep Field had registered two wins over 1200m, one in maiden grade in Adelaide and the other at The Valley late last month, but the lure of a stakes race at Flemington was all the temptation the McEvoy's needed.

Deep Speed contested the Listed Springtime Stakes (1400m) on November 7, finishing third to Shelby Cobra and Tommy Gold, a run that did not disappoint the McEvoy's.

And while they consider Deep Speed will have no trouble running a strong 1400m in the future, they feel the 1200m of the Listed McKenzie Stakes at The Valley on Saturday to be the right step.

“This race has always been in the back of our mind and it turned out not to be the right move to go to seven furlongs (1400m) last start,” Calvin McEvoy said.

“After having two 1200-metre runs where he controlled and did it quite fearlessly, I suppose, he backed-up after eight days at Flemington and just did it the wrong way a little bit.

“I think he will appreciate 1400 metres in time but while he’s learning his craft, we do feel that back to 1200 will be the right thing for this horse.”

McEvoy said the Magic Millions Guineas (1400m) on the Gold Coast in January was still an option for Deep Speed.

However, the co-trainer reiterated that Deep Speed’s campaign could be halted at any time.

“The black type race on Saturday has come around at the right time and he’s a horse we’re still considering taking to the Gold Coast with,” McEvoy said.

“I think he would love 1400 metres around a track like the Gold Coast.

“It’s a very different 1400 metres to the 1400 at Flemington. He is an on-speed horse and the Gold Coast is a bit of a much tighter, more leaderish type of track.

“But we’re taking it one-step at a time. The horse is very well.

“I don’t think he was disgraced at all last time behind two smart horses and we’ve had a bit more time now to get him spot on for the weekend, which he is.

“I think we’ve run into a winnable Listed race, without disrespecting the opposition.”

Deep Speed holds favouritism with TAB in Saturday’s contest at $3.40 after opening on Wednesday at $2.90 after there was a push for the Lindsay Park-trained Nicolini Vito who firmed from $4.60 to $3.70. 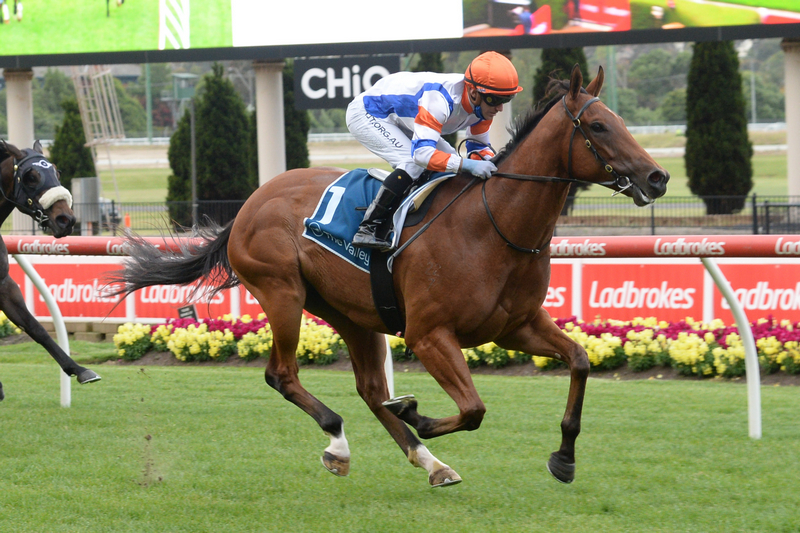