The points-based challenge is for horses competing in races rated Class 3 and above at the city circuit, and this season’s contest ran from 11 September, 2019 and covered 88 eligible races. Points were awarded to the first four across the line with 15 points to each winner and six points to the runner-up, with third getting four points and the fourth place-getter receiving three points.

Going into the night, three horses were in contention to the win the series outright, headed by the eventual winner, Shining Ace, who entered on 53.5 points and finished with a winning tally of 59.5 points after taking second in the night’s final race. Gentle Breeze held on for second place overall with 45 points after finishing unplaced while Flying Quest held third with 43 points.

Including tonight’s runner-up effort in the Class 3 King Kwong Handicap (1200m), Shining Ace has only finished outside of the top three twice from 11 attempts at Happy Valley, including two wins, with trainer John Size attributing the Testa Rossa gelding’s Million Challenge success to his admirable consistency.

“He did a good job - he’s been consistent this season and he’s run very well every time he’s raced, including quite a few placings and a few wins,” Size said.

“He’s been good - he came back nice and in good shape, he holds himself well and he spent most of his time at Conghua but recently he’s been at Sha Tin and even with the travelling down from there he seems to handle it and he always runs a good race - he’s been amazing so he’s a deserved winner.

“It’s an extra bonus for the owners and it’s an incentive for them to bring their horse here so it’s a good competition.”

Shining Ace broke cleanly from gate 11 to settle near the rear of the field before closing strongly for Chad Schofield to finish second to Invincible Missile, who was ridden by Hong Kong’s champion jockey Zac Purton. The success sealed a treble for the champion jockey.

The DBS x Manulife Million Challenge presentation ceremony will be held later this season at a date to be announced. 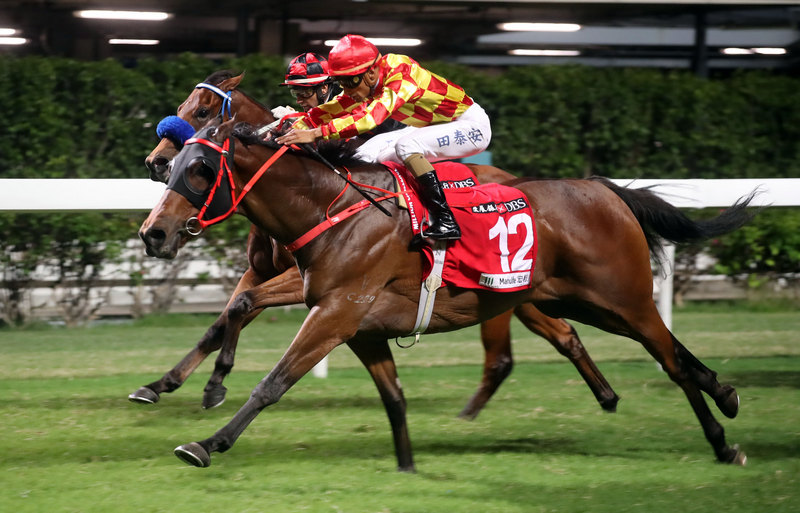