Progressive Tulloch Lodge filly Shihonka has passed an important distance test at Rosehill on Saturday to earn a shot at the $2 million Magic Millions Guineas. 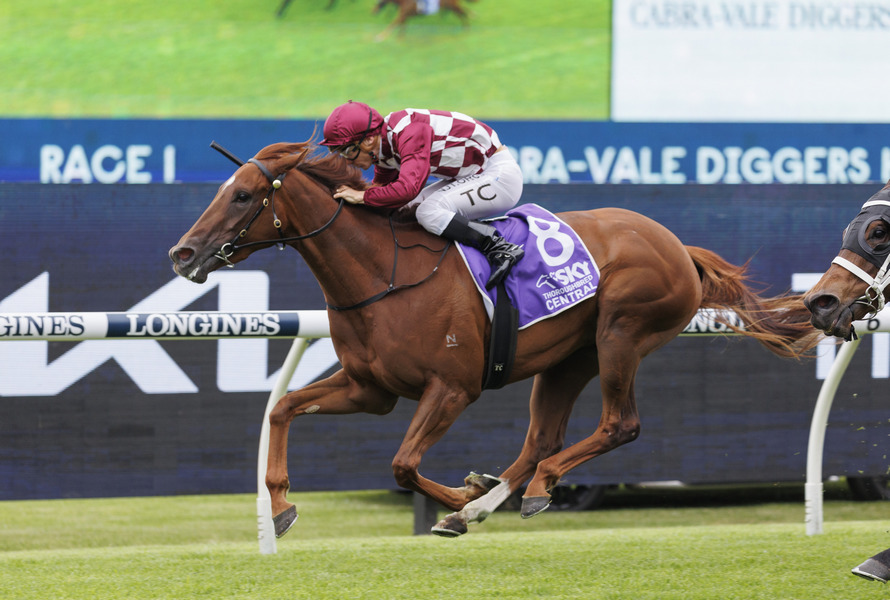 Extending beyond 1200 metres for the first time, Shihonka ($2.25 fav) made the running in the $130,000, Cabra-Vale Diggers Bm 78 Handicap 1350 metre assignment and despite looking to be under siege halfway up the straight, she dug deep to fend off Saigon ($10) by a head with Nicci’s Fling ($5) another half-length away.

Co-trainer Adrian Bott had been hoping for such a performance to give the stable confidence she could handle the 1400 metres of the Guineas at the Gold Coast.

“It was her first time at the distance and she was there to be beaten, but she stuck on very well and kept finding,” Bott said. “There is still improvement to come from her and with that in mind, and as we are getting her ready for the Magic Millions [Guineas], she will need another run.

“We have options in Sydney or up north, so we will weigh all that up. She has done a great job today. She keeps improving every time she steps out and is a lovely filly.”

A daughter of young sire Capitalist, Shihonka has now won half of her six starts, and her past two in succession, after returning to Sydney from a failed hit-and-run mission to Melbourne during the spring.

Winning jockey Tim Clark said the filly showed bravery to fight off her challengers and more importantly, was strong to the line. “I thought they were going to get me inside the furlong but late, she was as strong as anything,” Clark said.

The Magic Millions Guineas (1400m) is at the Gold Coast on January 15.