Sheedy and Pagan to go head to head at Flemington

AFL legends Kevin Sheedy and Denis Pagan will lead a rematch of Victoria’s top country and metropolitan jockeys in a team challenge for the second annual running of Resimax Group Rapid Racing at Flemington Racecourse on Friday 29 January.

Rapid Racing features a short program with all races run on the Flemington Racecourse straight course over distances ranging from 1000m to 1200m with 30 minute gaps between races.

The race card is highlighted by the Jockeys Challenge, a competition that will see the top fourteen riders in Victoria do battle over seven races.
Last year’s inaugural Jockeys Challenge was won by the metropolitan team, led by Denis Pagan.

It was the start of a winning streak for the budding racehorse trainer, who subsequently took out the AAMI Victoria Derby with Johnny Get Angry.

This year Mr Pagan will be joined by AFL Hall of Fame legend Kevin Sheedy, who will take charge of the country side. Sheedy is also no stranger to the track, as part of the successful Bel Esprit racehorse syndicate.

Metropolitan coach Mr Pagan said he was confident his team could defend their title.

“Star jockeys such as Jamie Kah and Damien Oliver are normally rivals but I’m delighted that for Rapid Racing they will be on the same team, trying their best to make it back-to-back wins for the metro side,” he said.

“Now that I’ve won the Derby, I’m hoping they might take a bit more notice of me this year!”

Country coach Mr Sheedy said he was thrilled to support some of the state’s regional stars on the main stage at Headquarters.

“Denis and I have enjoyed a healthy level of competition in the past and he’ll have to bring his A-game to beat us!”

“Rapid Racing is an innovative concept introduced by the VRC and this year we have enhanced the on-course experience with new hospitality offerings and post-races entertainment running late into the evening,” he said.

“Kevin and Denis haven’t lost their enthusiasm for coaching or their will to win, and with some of the nation’s best jockeys competing it’s sure to be an entertaining evening for all.

“One of the unique elements of this race day is that the jockeys are representing a team and there is bound to be some rivalry on the day.” 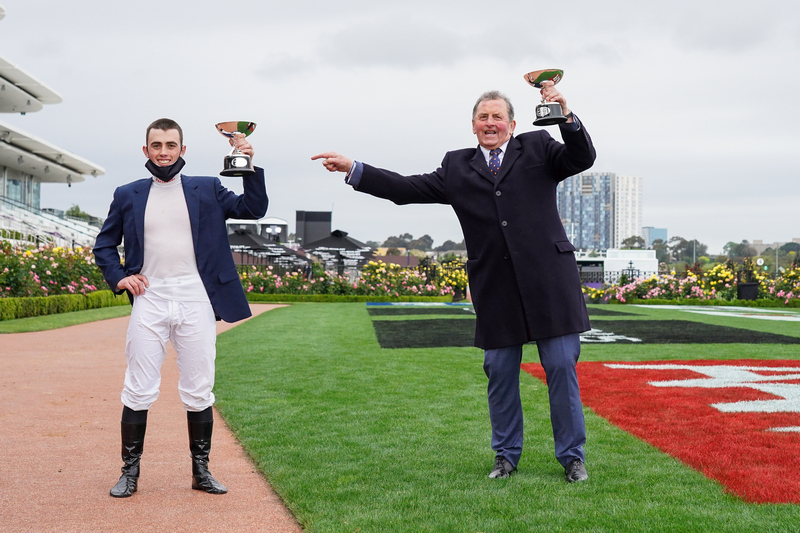