Ghaiyyath, ridden out at home by the lad who once rode Frankel, put up a performance reminiscent of the unbeaten superstar's Rowley Mile romp in the 2,000 Guineas of 2011 when galloping his rivals into the ground in the first Group 1 of the season at Newmarket on Friday. 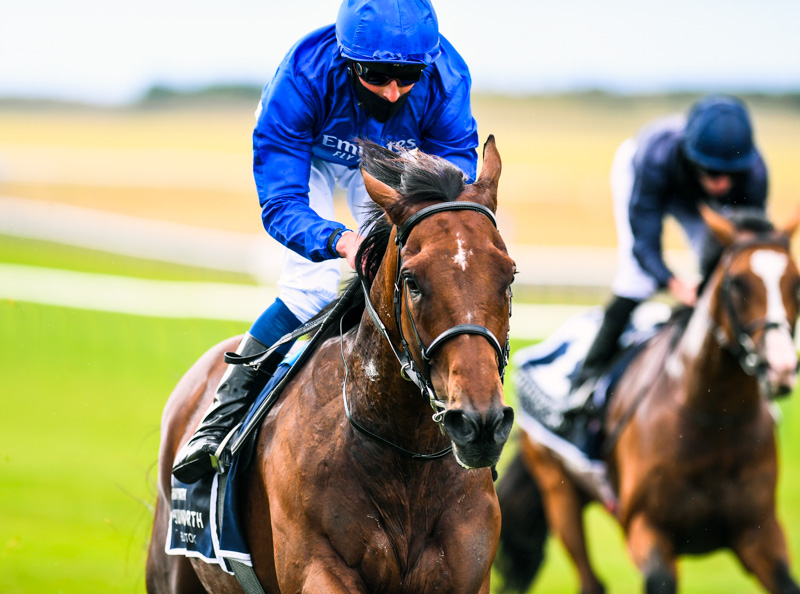 The only downside was that only a handful were allowed in to see the son of Dubawi break the track record and leave Derby winner Anthony Van Dyck and champion stayer Stradivarius in his wake under William Buick.

The scintillating success kicked off a key weekend for Charlie Appleby and the Godolphin team in style and the trainer later signalled a mouthwatering clash with superstar mare Enable at Sandown next month is on the cards for the winner.

Wearing a red hood in the preliminaries and to post, Ghaiyyath was equally noticeable from flagfall as Buick seized control of the race from the front.

From being almost half a dozen lengths in front halfway up the straight, Ghaiyyath kept up the gallop to see off Anthony Van Dyck by two and a half lengths with Stradivarius the same distance back in third.

Afterwards Ghaiyyath was cut to 8-1 (from 12) by Paddy Power for the Eclipse, which this year is to be staged the day after the Derby on July 5.

Stradivarius remains 10-11 to strike again in the Gold Cup at Royal Ascot with Betfair Sportsbook.

Appleby said: "All credit to the team and many thanks to His Highness Sheikh Mohammed for allowing us to to keep Ghaiyyath in training. To have five-year-olds around is a treat for any stable but to have one of his calibre is pretty special. He was on it from flagfall but I could see he was in a rhythm we'd seen before. His mid-race move just kills them and it's great for him to get his first British Group 1 win."

He added: "We had a lot of confidence that we had him in a condition that we haven't seen before. His strength is there and the way he was finishing off his gallops suggested he was the finished article."

Looking ahead, he said: "He's obviously effective at this trip but we know he's not short of speed and we may now take him to the Eclipse, which is a race we like. One thing we've learned about Ghaiyyath is that he's a top-of-the-ground horse when in the early stages of his career we thought he needed a bit of give."

William Buick said: "Ghaiyyath is an amazing horse and he has so much speed he could lay up with a six-furlong horse at home. Fair play to Shane Featherstonhaugh, who rides him at home, and that was a big win as it was his first Group 1 in Britain and it was a deep field."

Anthony Van Dyck was a rarity in that he was the first Derby winner to appear on the Rowley Mile for many years and ran with great credit, while Stradivarius ran a great trial before his crack at winning a third Gold Cup.

John Gosden, Stradvarius's trainer, said: “That was absolutely perfect and what we expected. He travelled well through the race and came to make his run but quite simply hit the rising ground and got caught for fitness as he hasn’t run for a very long time.

"We knew we had to get a race into him and they've gone and broken the track record, which shows the class of the race. Ghaiyyath was imperious and Anthony Van Dyck seems to be coming back to his best. It was a lovely run and just perfect to tee us up for the Gold Cup. I hope he'll be the one to beat at Ascot."

On the condition of his two-time champion stayer, he added: “He'll have needed that today as he's a bigger horse again. He's six years old and he's fully developed in every sense. He's bigger and rounder and you could notice that in the paddock, the weight he was carrying, so he was coming into the ring a little heavy, you might say. You can’t rehearse something like that at home and get involved with a race like that."

Ghaiyyath wins the first British Group 1 of the season with a dominant performance in the Hurworth Bloodstock Coronation Cup Stakes for William Buick and Charlie Appleby pic.twitter.com/Ql4IqjHUKf