Seson’s win may have come in a modest Class 4 race at Kranji, but it was just the tonic trainer Steven Burridge needed to not only forget his ordinary start to the season, but also the new afflictions he has unfortunately also recently succumbed to in this changed world we live in these days.

The Australian handler tested positive for COVID-19 on a trip back home, and is now stuck in quarantine in Melbourne until a return flight which has been held over until next Sunday.

Burridge actually travelled to Australia twice in the last 30 days, mainly to take his Singapore-based grandson Charlie home to spend Christmas with his family on the Gold Coast, but it was at his second visit this month to bring Charlie back that both grandfather and grandson were tested positive. 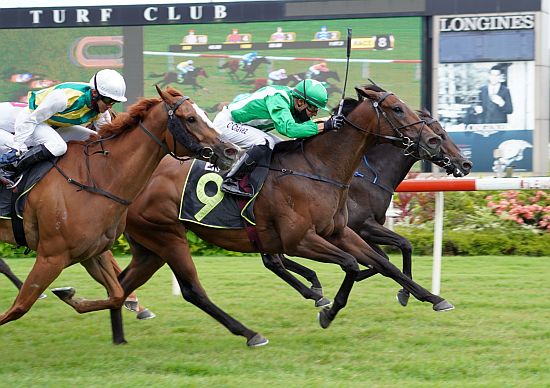 “When Charlie was positive, I was then negative, but when I went to pick him up at the airport last Wednesday to bring him back to Singapore, I was positive and I’m now in isolation for seven days as they changed the rule,” said the 67-year-old trainer.

“We were supposed to have come back already, but I had to change my flight to next Sunday. I’m still positive, and worse still, my sister’s also got it!

“I have no symptoms, though, which is good, touch wood. I don’t feel crook or anything, and hopefully, I’m all good, and will return negative in time so we can fly back.”

On the racing front, Burridge had had a slow start, albeit he had saddled only 14 runners in three meetings thus far, but Seson has finally got the monkey off the yard’s back in Saturday’s $50,000 Class 4 race over 1200m.

Burridge watched the races from Australia. Except for Split Second (third), all his four runners, had finished at the wrong end, not helping in lessening the pain and boredom of isolation, but under an inspiring ride from Oscar Chavez, Seson ($50) burst through at the right moment to score in a blanket finish.

Strung up in traffic behind two runners for around 200m, Stenmark (Jerlyn Seow Poh Hui) darted through when the gap came up only to miss out by a head. Exdream (Wong Chin Chuen) finished third another neck away. The winning time was 1min 9.93secs for the 1200m on the Short Course.

With four wins in the lower classes, and five placings in 22 starts for more than $110,000 in stakes to Mr Ng Tet Kong, Seson, a four-year-old by Dalghar, is no superstar, but has been a useful sort to have around the stable, nonetheless.

“Seson’s quite small and is light on, he doesn’t carry a lot of condition, but he’s an honest horse,” said Burridge.

“It’s good for his owner who is a very nice man. The jockey also rode him very well today.”