After overhauling leader Snow (Aidan O'Brien IRE/Ryan Moore, 11/4) entering the final quarter mile, Enbihaar comfortably saw off the challenge of Cabaletta (Roger Varian/David Egan, 7/1) to score by three and a half lengths.

Thady Gosden, assistant trainer to his father John, said: "Enbihaar has run really well and is such a lovely horse.

"It was only a three-runner field, but she has that lovely long stride and she picked up well in the straight.

"Jim wasn't too hard on her and she went round there nicely today.

"She ran well on her first start and obviously relishes this trip.

"She liked the quick ground and it was a good performance from her." 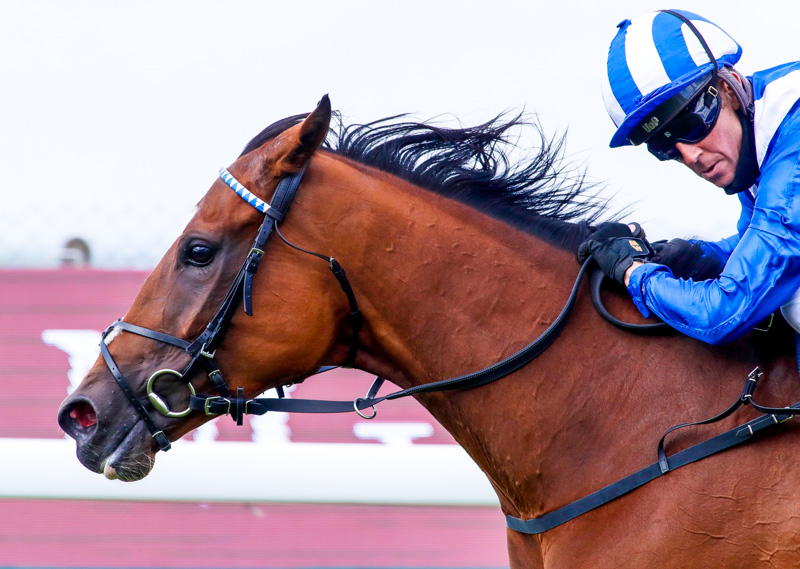 Jim Crowley said: "Enbihaar is a big galloping mare. There were only three of us; she always jumps a bit slowly and I just had to sit on Ryan's girth to keep him honest the whole way, because this mare certainly wouldn't want a sprint. She did it nicely in the end.

"Obviously, last year she went for the mile and six furlongs fillies Group One in France [Qatar Prix de Royallieu, finished 3rd], but it came up very heavy on Arc weekend. That could always be a possible race for her. She stays very well; whether connections think they could step her up to two miles, I don't know yet.

"It has been a great week. I have had some lovely rides. I thought I would probably have a few more, but that is being greedy. Three of my favourite horses went and won, which was nice [Mohaather, Battaash and Enbihaar]."

Angus Gold, racing manager to owner Hamdan Al Maktoum, said: "It is unlike Sheikh Hamdan to keep an older mare in training, so I am glad to see him rewarded for that decision with another Group win. We needed to get a run into her at Newmarket and it was good to see her come back over the extra trip and show her old enthusiasm.

"The plan initially was to win a G1 with her this year. I will talk to John, see what the options are and what Sheikh Hamdan would like to do. It's just nice to see her come out and show that amazing stride she has got on her - once she gets into that, she is a potent weapon. Jim said that she will stay two miles any day, so it opens up the options a bit.

"She probably doesn't want the ground too soft. She would get stuck in very soft ground with that action and we thought that was partly her undoing in Paris last year. Let's see what sort of autumn we get."