Apprentice Tyler Schiller has celebrated the biggest win of his burgeoning career with an upset victory aboard the Bjorn Baker-trained Bring The Ransom in the Group 3 Dark Jewel Classic at Scone.

The 23-year-old has had a heady couple of weeks in the saddle, capturing the Wagga Town Plate aboard Front Page last week and just failing to land the feature race double when second aboard Dream Runner in the Wagga Cup.

Saturday’s Dark Jewel Classic (1400m) was his first success at Group level and he was thrilled to notch the milestone.

“This is a much bigger stage, biggest win on a Saturday, that’s for sure,” Schiller said. “Bjorn just sent me out there with a plan to ride her quiet, nurse her as long as possible, and when the splits kept coming, she just kept finding.” 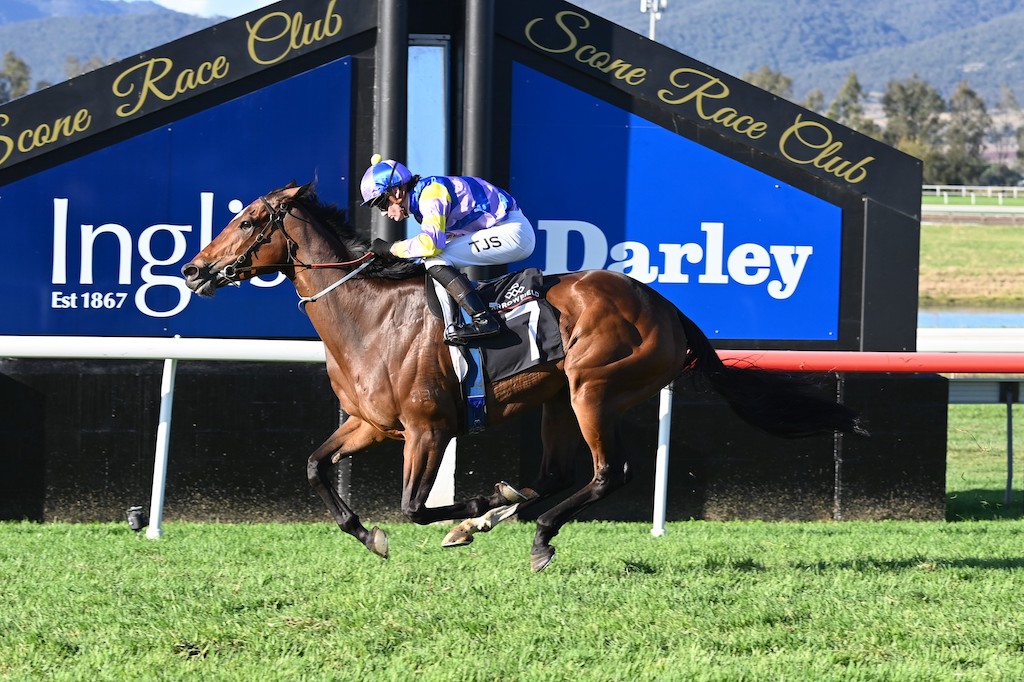 Schiller was a late comer to the sport and didn’t have his first race ride until around three years ago but he has already booted home more than 190 winners.

Bring The Ransom’s victory was a deft training effort by Baker, who last month produced Exotic Ruby to claim the Group 3 Hawkesbury Crown at double-figure odds.

Starting at $51, Bring The Ransom was likewise wide in the market but scooted through along the inside to deny the Kris Lees-trained pair of Wandabaa ($13) and Never Talk ($4.80 fav) and deliver Baker another fillies and mares’ feature.

“We scratched Bring The Ransom out of the Hawkesbury Crown so it’s funny, I was talking to the owners pre-race, Di and Russell (Edwards) and they have been very patient with her … they said can we take turns, Exotic Ruby got it last time?” Baker said. “I said sometimes it works out like that but not always.

“It’s a great result. She is a very valuable mare now. “

Baker will let the dust settle before locking in plans for the winner, but he flagged the possibility of taking her north for a race over the Brisbane winter carnival.