Sacred recorded a comfortable success on her debut at Newmarket and was introduced at 8-1 for the Queen Mary at Royal Ascot. 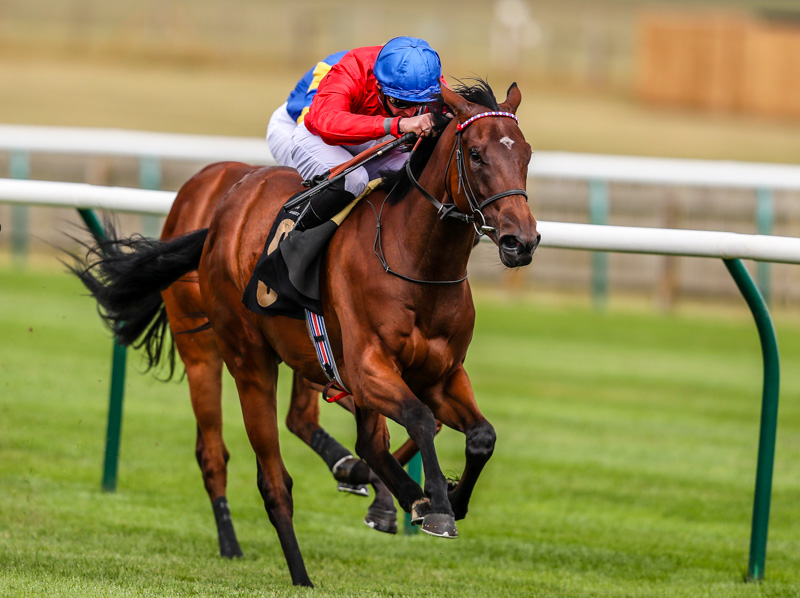 The daughter of Exceed And Excel, sent off at 11-1, travelled smoothly under James Doyle in the 5f fillies' maiden and finished a length and three-quarters clear of Sardinia Sunset in second.

"She's very natural with lots of speed and a good turn of foot," said Doyle. "I was impressed with how she travelled with ease and was able to quicken up. Hopefully she gets her slot at Royal Ascot."

Eye Of Heaven earned himself a quote of 8-1 for the Norfolk Stakes at Royal Ascot after a professional debut success at Newmarket.

The Mark Johnston-trained two-year-old travelled beautifully into contention under Frankie Dettori and justified even-money favouritism when beating Get It by half a length.

"He'll go to the Norfolk," said Johnston. "We have a pecking order this year and their Royal Ascot starts mapped out as well. He's a big horse who stands out from the crowd at home.

"Frankie just sat and held him together in the dip and he hit the rising ground and won well. Ascot should suit him better."