The fav is tough to beat in the Tips and Race Preview for the 2020 Golden Rose, Rothfire was brilliant first up and he is now at $1.95.

Yardstick should cross and lead with race favourite Rothfire following him across. ROTHFIRE (1) clearly the horse to beat. Was dominant in the Run To The Rose, defeating all of the main rivals he faces again here despite giving them both weight and fitness.

Will strip fitter for the run and now meets Run To The Rose runner up Ole Kirk and third placegetter North Pacific 2.5kg and 1.5kg better at the weights respectively. 1400m no issue having won the JJ Atkins over the trip during the winter. Four of the last six Run To The Rose winners have gone on to win the main event two weeks later and suspect he too will claim the double.

NORTH PACIFIC (5) stuck to his task well in the Run To The Rose. Doubtful he can turn the tables on Rothfire however appears to be first in line if the favourite is off his game. PELTZER (7) produced his best performance last prep when winning over 1300m at Randwick. Bred to appreciate striking the 1400m third run from a spell. OLE KIRK (4) turned heads late in the Run To The Rose but was perhaps flattered late courtesy of the hot early pace.

Happy to be supporting a fast mare in the Tips and Race Preview for the 2020 Golden Pendant, Haut Brion Her was so good last time and is $2.40.

Sweet Deal can lead but will be pressured by Haut Brion Her wider out while Positive Peace drawn barrier 1 could also make her work.

HAUT BRION HER (2) was hugely impressive when winning the Sheraco Stakes first up off a generous spell. Had to work across from a wide draw and do it tough on a hot pace however still proved too strong. Meets a host of the same rivals here who she beat on that occasion and can offer up a repeat serve. SEASONS (8) has found the line well in each of her two career runs this prep. Meets Haut Brion Her 2kg better at the weights for her one length defeat in the Sheraco.

SUBPOENAED (10) was the subject of late support in the Sheraco Stakes and closed off well into fourth. Drawn to get a dream run. JEN RULES (7) finished second in the Sheraco at big odds in what is clearly the dominant form line brought into the Golden Pendant.

EMERALDS (14) brings a new form line into the mix having charged home for fifth in the Mona Lisa Stakes. Was admittedly beaten as favourite, however market expectations aside, the run possessed plenty of merit. Better suited back to the more spacious Rosehill.

Giving Tulloch Lodge a go here in the Tips and Race Preview for the 2020 Shannon Stakes, Just Thinkin' has been good this time in and he is at $4.40.

Strong early tempo as Quackerjack and Just Thinkin' lead the way over Miss Siska. Clear the Waterhouse-Bott stable think they have an Epsom worthy horse in the form of JUST THINKIN' (13). Backs up after running second to Rock in the Group 3 Cameron Handicap at Newcastle on September 18. Should be peaking fourth up from a generous spell and now gets Blinkers re-applied for the first time this prep.

I AM SUPERMAN (5) hit the ground running with a first up win at Caulfield. Will be fitter for the run and after a middling autumn prep, has seemingly acclimatised to Australia in his second Southern Hemisphere campaign.

LOOKS LIKE ELVIS (6) has been making late ground in each of his two runs this prep. Early signs since arriving in Sydney are encouraging. Will be fitter again and third up record is strong. TYZONE (1) was doing enough first up in the Theo Marks Stakes. YAMAZAKI (14) will also be doing her best work late.

Taking some value in the Tips and Race Preview for the 2020 Gloaming Stakes, Tommy Berry rides Lion's Roar at $5.

A number of go forward types engaged. Easy Campese from the middle should be there along with Lion's Roar, Street Dancer and Love Tap potentially box seating from barrier 1.

LION'S ROAR (6) got caught behind subsequent stakes winner Mo'unga on resuming before moving out of his shadow to win at Kembla Grange last start. Bred to relish getting out to 1800m and appeals at his current each way quote. LOVE TAP (3) comes here looking to remain unbeaten at career start number four. Has won his past two starts by a combined margin of 8.6 lengths. Certainly his toughest test to date but gives every indication he is up to the task.

ACHIEVER (1) was ridden closer to the speed last start and fell just short of victory when second at Canterbury. EASY CAMPESE (2) has strong form lines around the likes of Kingsheir and Mo'unga. Appeals at his double figure quote. CADENABBIA (5) and BUCHAREST (4) also have to be kept safe for the Chris Waller stable.

The Tips and Race Preview for the 2020 Colin Stephen Quality, Exemplar has some winning form and is at $3.60.

Zero pace. Exemplar gets a soft lead. With how the race looks set to unfold, EXEMPLAR (6) shapes as being tough to beat. Has been ultra-consistent through the winter in Melbourne. Not much depth to this contest and gets in with no weight on his back. Tommy Berry booked who is one of the form riders in Sydney at present striking at 22% from his past 50 rides.

RAHEEN HOUSE (1) struggled around the tight turning Wyong when well beaten in their Gold Cup three weeks ago. Missed the start and was never a factor fresh at this track. The class stayer of this field and third up record is strong. Suspect he is ready to show something more. CARZOFF (2) has finished midfield behind Mugatoo in both the Premiers Cup and Newcastle Cup. JMac taking the ride a big positive.

GREY LION (3) has been kept ticking over since the Premiers Cup with a Warwick Farm trial win. DJUKON (7) has been okay in both runs back from a spell. Best run in Germany came over 2800m and gets up to that sort of distance range here for the first time in Australia. 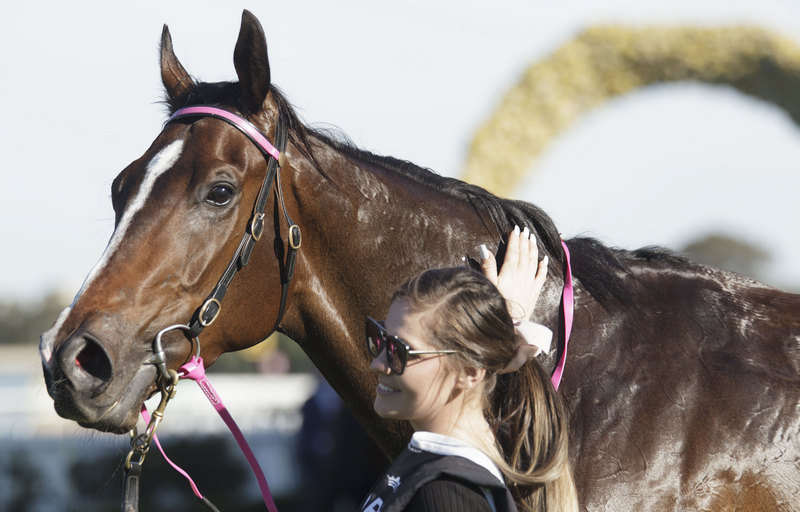