Just the one race was held at Rosehill on Wednesday before Racing NSW stewards’ called a halt due 25mm of rain immediately before the race making the track unsafe for further racing.

Matthew Smith’s two-year-old filly Rock My Wand easily coped with the officially Heavy 9 conditions to run away with the $50,000, Hyland Race Colours Handicap (1200m) for maidens going away from the field under Jason Collett by 4 1/2L with her ears pricked.

Rock My Wand was the most experienced runner with four previous starts including on Soft and Heavy tracks and it showed. Collett had the filly outside the leader Gundy Bridge and Tim Clark crossing the top and racing three out from the rails from the 275m they left the rest behind.

Rock My Wand, by Wandjina out of the More Than Ready mare Rose Of Montana, has previously place three times out of the earlier startS and Wednesday’s win took her stakes to $52,100. 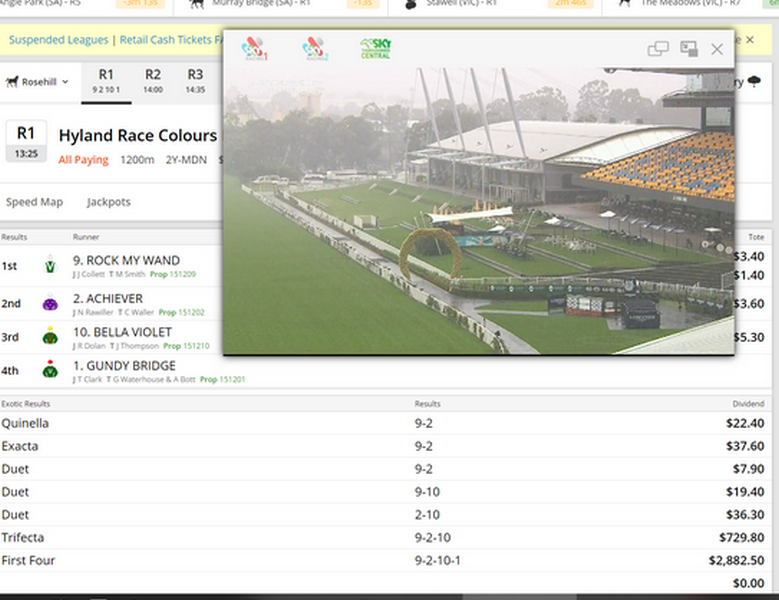 Thoroughbred Central vision of Rosehill immediately after the running of the first race, picture ThoroughbredNEWS