The two-year-old’s opened Rosehill’s programme on a 40c afternoon on Saturday with the $125,000, De Bortoli Wines Handicap (1100m) a strong betting race and Sliders and Hunnam starting the $5.00 equal favourites, but in the end it was a soft win by Robodira who saluted at $19.00 on fixed odds and $20.90 on the tote.

After a delay at the start for the replating of a shoe on Hide Your Heart the juveniles set off with Sliders and Rachel King winning the hunt for the lead from Centro Storico and Glyn Schofield. After leaving from barrier two Brenton Avdulla positioned the John O’Shea trained Robodira behind the leader Sliders on the rails.

Sliders kept the lead passing the 300m and 200m with Avdulla having to wait patiently for a gap outside Godolphin’s Street Boss filly. When it eventually opened he immediately sent Robodira through to take the lead and they went to the line under a hold with a good margin of 1 1/2L over the rest.

Sliders kept second with a 1/2L to Hunnam (Shalaa) and Tommy Berry in third and Centro Storico in fourth close behind,. 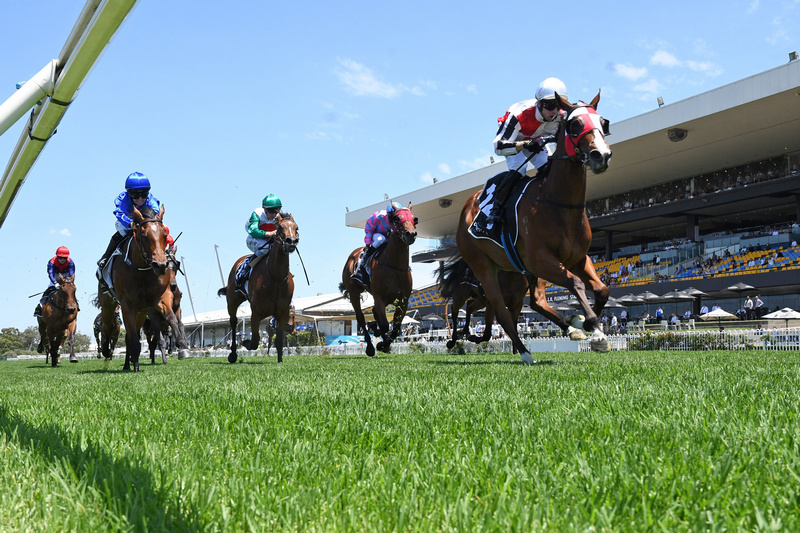 Siders and Rachel King on the rails with Robodira and Brenton Avdulla outside, picture Stevehart.com.au

O’Shea explained that after Robodira had trialled for a third over 735m at Randwick on Tuesday she had continued to improve and he then applied blinkers for her race debut.

“I though the market was not a true reflection of her chances primarily because of where she was going to end up on the (speed) map. It ended up that way when she jumped very well and got on the back of the favourite and he just had to wait for a break,” said O’Shea.

“She will be in the paddock at Newhaven on Tuesday afternoon. We will give her a nice letup and she can come back now and I think she will be strong for 1200m. She will be able to participate in the early Slipper lead-ups and if she is good enough she will be there on the day,” he said.

“She surprised me. I always thought she was a nice filly but after the trial during the week I though she might need one where she could run well without winning,” said Avdulla.

“But to her credit she took good improvement off the trial. We were up on the speed and we were not going overly quick. She toughed it out when the run came and she had to get her way through and her best work was her last 50m, so nice filly going forward,” he said

Robodira, by Hussan out of the Redoute’s Choice mare Don’t Blink, is a home-bred for former ATC chairman Ron Finemore and he races her with John Leaver.