Robb keeping his balls in the air with Star

An owner on the hunt for a Country Championships runner, a former Australian cricketer, and a horse with a giant set of ‘knackers’. It sounds the like the start of joke, but it might just be the start of a great racing story.

When owner David Ringland went shopping online for a Country Championships aspirant, he picked out a two-year-old son of Zoustar, despite the horse having turned in a couple of ordinary barrier trials in town.

After convincing his friend - who happened to be former Australian cricketer turned commentator Kerry O’Keeffe - to grab a share, Ringland bought Gallant Star for $32,500 and sent him to his long-time trainer, the Dubbo-based Brett Robb.

Underwhelmed by Gallant Star’s trials, Robb wasn’t sure what to expect but he was pleasantly surprised by what stepped off the float. “He turned up here and he was a big, strong horse. He didn’t look like a two-year-old when they got him off the truck,” Robb said.

But not only was Gallant Star big in stature, he also had super-sized testicles, and when the horse was gelded, Robb said “the vet even commented on how big they were”.

Returning to the stable significantly lighter, the gear change made an immediate difference and Gallant Star an immediate impression. He was comfortably beating Highway Handicap standard horses on the training track and the youngster brought that form to race day, dictating throughout to win by more than four lengths on debut at Dubbo.

At Gallant Star’s second start, Robb sent him out against older horses at his home track and he was similarly dominant.

“I knew the horse went good, but we’d never let him off the bridle and sometimes they can fall apart,” Robb said. “But when he came off the bridle, he shot away like he’d come off a slingshot.”

At Randwick on Saturday, Gallant Star will become Robb’s first Sydney two-year-old runner when he tackles the Home Affairs At Coolmore Handicap (1100m) with regular rider Clayton Gallagher retaining the mount. How the horse handles the challenge will determine whether he is freshened for a spring campaign or put away for the autumn.

“They want to keep him for the Country Championships, that’s the main aim,” Robb said. “(But) if he went out and won on the weekend, you’d have to be thinking about the Kosciuszko.”

It might sound ambitious, but if any horse is worthy of a ballsy plan, it is Gallant Star. 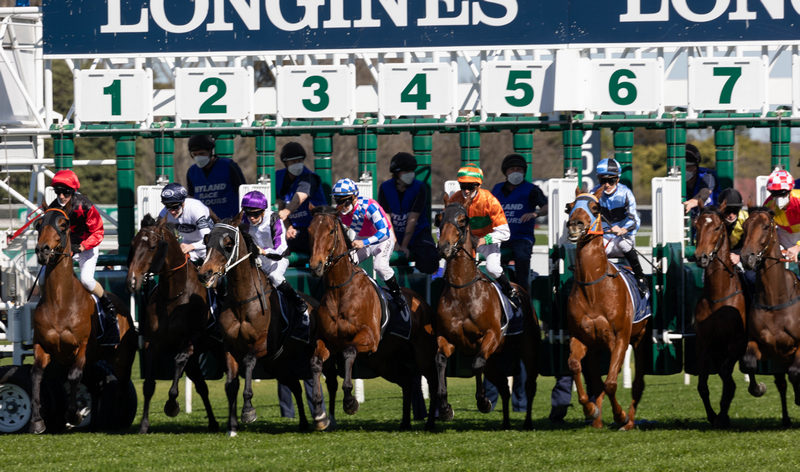 Gallant Star takes his next step at Randwick on Saturday