River Views has surprised the punters and his trainers by taking out the third event at Caulfield in Melbourne on Saturday, the $150,000 Neds VOBIS Gold Ingot (1400m).

The Written Tycoon gelding was sent out a $41 chance for the 1400m event before letting loose with an impressive turn of foot down the centre of the track to round up his rivals.

The win not only caught the punters off guard, but also his trainers Mick Price and Michael Kent Jnr..

Kent Jnr praised the change in tactics of winning jockey Patrick Moloney and his decision to ride the gelding cold from a wide barrier.

“It was a massive surprise, we weren’t sure he could win at all. Pat [Moloney] came to us this morning and said that he was going to try something different and ride him cold,” he said.

“It bodes well for our other horse [Head First] who beat it at Wangaratta by six lengths on debut. So fantastic, rapt for the owner.”

Patrick Moloney eased the gelding to the rear of the field shortly after jumping from barrier 10.

River Views was still sitting in last as the field past the 400m point, but he let down emphatically in the straight to round up the field and win by a length.

Moloney was stunned with the gelding’s performance, adding they may have worked out how to get the best out of the two-year-old.

“Having a couple of sits on him, he’s always had to do a lot of work at the other end of the race, having to press forward and lead, and hasn’t really been hitting the line,” he said.

“I went to Michael [Kent Jnr] and Mick [Price] this morning and I said ‘what do you reckon about riding that horse quiet, as I reckon he will have to do too much from that wide draw’.

“I’ve been doing a bit of work for them now and they were happy to back me in and I’m glad they did, because the horse won quite comprehensively today and he actually surprised me how well he let down. 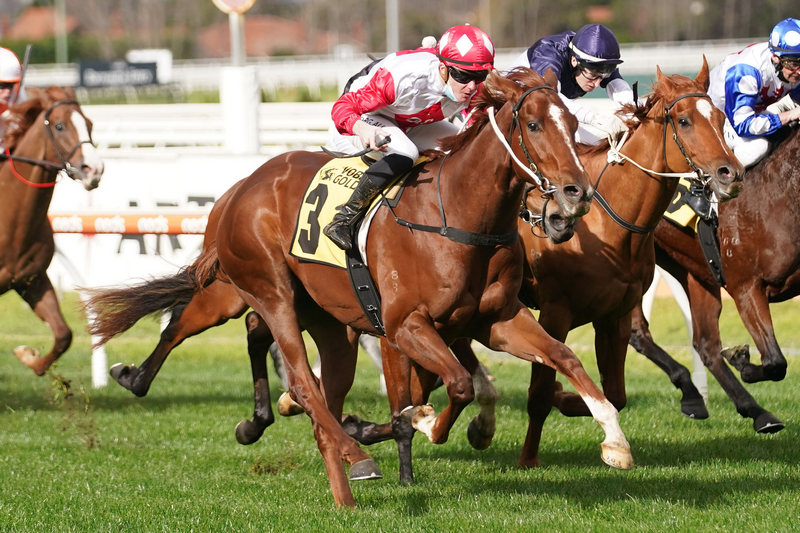