Gary Portelli has taken heart from the recent form reversal of Bondi Stakes rival Hilal as he prepares Royalzel for a shot at the $1 million three-year-old mile.

The duo both contested the Golden Rose with Royalzel finishing tenth and Hilal eleventh, and while Royalzel was then given a freshen up and will be racing for the first time since, Hilal has been produced to win the Group 2 Stan Fox Stakes. Portelli’s only caveat is Royalzel needs the sting out of the track and he is hoping the forecast rain eventuates.

“You saw what Hilal did. He finished behind us in the Golden Rose and he comes out and wins his next start,” Portelli said. “There’s no reason why this bloke can’t bounce back but he needs conditions to suit.”

The colt didn’t get them in the Golden Rose and struggled to stretch out on the firm surface. Portelli said Royalzel felt the run, so he sent him for some country air before bringing him back to the stable for a shot at Saturday’s Bondi Stakes (1600m) and he reckons it has done the trick.

“The track was flint-hard that day and he jarred up, so it was good for him to get out and have a bit of a play,” he said. “He was ridden around the farm, through rivers and around cattle, and it just got him back focused on what we need him focused on this weekend. A happy horse will race well.” 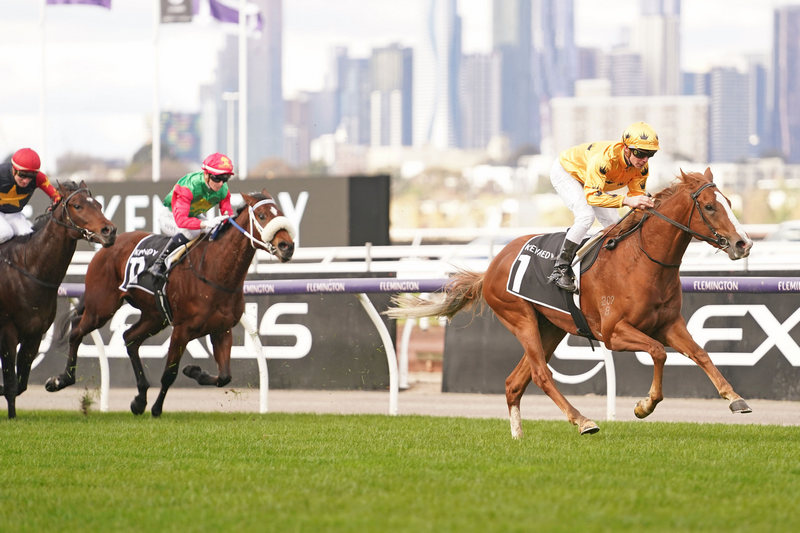 Royalzel was a brilliant winner of the Gibson Carmichael over 1600m in July, picture Racing Photos

Royalzel’s most significant win came in the Gibson Carmichael Stakes (1600m) on a soft track at Flemington in July and Portelli is looking forward to getting him back out to a mile. Prior to his Golden Rose failure, the diminutive son of Snitzel finished third behind Giannis and Tiger Of Malay in the Dulcify Quality (1500m) at Kembla Grange.

While Portelli was hoping for a better draw than barrier eight in the Bondi Stakes, he says the booking of Jason Collett offsets it.

“I would have loved to draw a better gate so I could be confident he could take up a good position, but we’ve got the best man for the job if you need to swoop in Collett,” he said.

The Bondi Stakes market has changed complexion, with Hilal firming into $2.70 favouritism with TAB fixed odds on Thursday after opening at $3.60. Coastwatch has eased from $2.90 to $3.30 with Royalzel solid at $9.